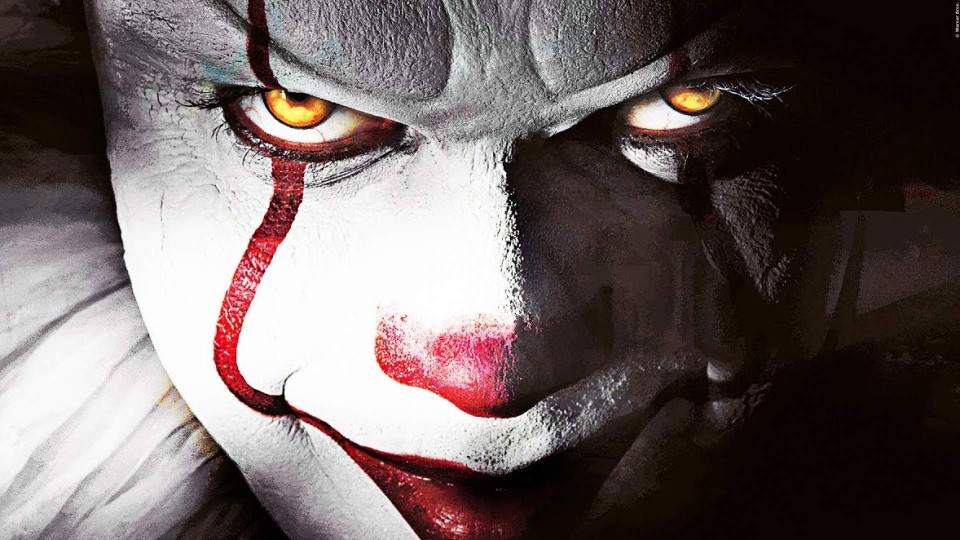 Clowns.  Brrrrrrr…they give me the heebie-jeebies. Can I get an amen?

History is rife with examples of this scary clown trope.

This image began most likely with Charles Dickens. History remembers Dickens for his “light comedies” and ability to capture the brighter side of life. Not. His 1836 work The Pickwick Papers, particularly paints the enduring image of a self-destructive clown. So widely circulated in its time, he created an inability for many in society to separate the act from the actor. They were left questioning if the person who uses humor and makeup as a mask is hiding something far more insidious.

In the closing moments of the famous 1892 opera Pagliacci, the scorned clown husband, Canio (dressed as the clown, Pagliaccio) brutally stabs his unfaithful wife and her lover to death. Canio, standing over the lifeless bodies, delivers the infamous line… La commedia è finita! – “The comedy is finished!” Check, please!

I, in fact, have a resulting affliction known clinically as coulrophobia. A morbid fear of clowns.  It has been with me my since my teens, best I can recollect.  This is not to be confused with coulrophilia, which describes a strong sexual attraction to clowns (he said with a full body shudder).

Now I like a good shag as much as the next person, but there are a lot of complications in having sexual relations with clowns.

First, there is the practical consideration, and that is cleaning all the makeup off your “tackle-n-bait.” What a mess.  And the dry-cleaning bill? Yikes.  God forbid you met in a hotel bar.  What kind of housekeeping surprises await you at check-out? Hint: hazmat suits and oxygen tanks.

Second complication is that most clowns are gingers, and we all know what that means… cray cray. The kind of crazy leaves you alone in bed the next morning with a severed pinkie on your nightstand, and a note on the back of the CVS condom receipt, written in blood, that reads, “Call me, bitch.”

Third complication is the sheer exhaustion from having your clown partner consume part of your soul while you sleep.  Picture a Harry Potter Dementor in pasty face-paint, skulking on the side of your bed, but with a Krazy Straw stuck in your ear, manically slurping your eternal essence into their smiling maw. Milkshake, anyone? I promise, that will not “bring the boys to the yard.”

Fourth complication, and maybe the trickiest, is your inability to properly integrate into Big Top culture. What if you develop real feelings for Bogo after a few fetish baths in your psychic tub of coulrophilia? What does that look like when you go to meet their circus family? You, with no white face makeup. An interloper into a closed community of outcasts and misfits. Eating “crick shrimp” in the cookhouse while your “intimates” are line-drying near a cage of mangy, sexually abused elephants. An almost impossible slog.

I have a morbid fear of clowns called coulrophobia. For that I blame show business, and perhaps my childhood parish priest, but mostly show biz.

Just as Steven Spielberg permanently ruined the ocean for me with Jaws, so too did Stephen King ruin clowns for me with It. Although that sneaky shmuck Spielberg, in recent revelations, secretly came clean that he in fact directed Poltergeist. And who can forget the scene with the clown doll dragging the kid under the bed? Hell no, no, no. Fuck you both, Steven/Stephen.

But It… OMG how scary? Pennywise the Dancing Clown, creature from the Macroverse void, who eats his victim’s anxiety like food by embodying their greatest fears and who has a distinct preference for children since their fears are so easy to interpret in physical form? Is there any wonder why this fear exists?  Is it so irrational after all?

Simple answer is actually… yes.  Pennywise was a monster from outer space who hitchhiked to earth and squatted in the sewers.  The clown was his disguise… and a lazy metaphor from King. So, can I really be a coulrophobe if what scared me originally was in fact not a clown, but instead a monster? Monsters are way scarier than clowns. Holy shit.  Then I am actually a teraphobe. I fear monsters. I am not afraid of clowns after all.

Wow. That was therapeutic. Good to know I am now properly labeled. Am I cured?

9 comments on “Quit Clowning Around”