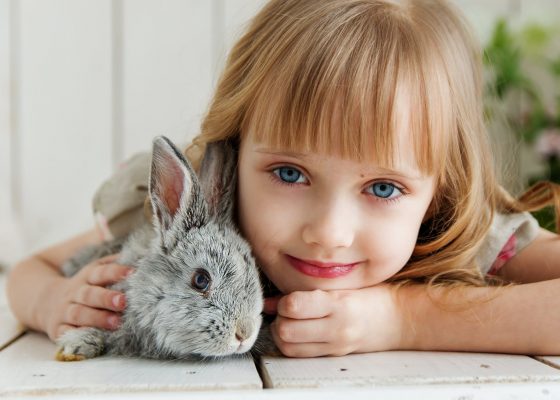 While visiting China in 2007, I realized what a Western concept it was to view animals as pets.

My brother and I owned a business at the time manufacturing biometric deadbolt door locks that could open by using your fingerprint instead of a key. The products were developed and engineered in the US, and then manufactured and assembled by our partner in China. I am sure I will have a future blog about the fun adventures we had with our business.

We were taking a tour of the rural finish factory in China where they applied the color finish (bronze, satin nickel, etc) to the bare metal locks. It was extremely important to our investors that we ensure our partner was performing to the quality, ethical and environmental standards we had been guaranteed. Aside from a glowing silver stream of benzene running behind both assembly lines of underfed children, I was proud to report everything appeared copacetic.

Charlie Chan – yes, I realize that sounds like a fake name – and his brother owned the partner manufacturing company in China. Charlie was schooled at Oxford. His English was quite passable, especially compared to our Mandarin. I knew “ni hao” (hello) from watching Ni Hao, Kai-Lan on Nickelodeon when the girls were younger. And I learned “pijiu” (beer) and “ganbei” (cheers) the night before the factory tour when Charlie, who weighed 130 pounds soaking wet, kept us intoxicated in a club until 3 am… while drinking us under the table.

Driving back to their corporate office in Xiamen City after the factory tour, Charlie cranked up Norah Jones’ song, Don’t Know Why. Side note, did anybody but me ever wonder if she is singing about not having an orgasm with this song? Seriously. Read the lyrics. Is she teasing us with a double entendre? Naughty Norah!

Perhaps it was the hangover. Perhaps it was listening to him belt along with Norah Jones from his aching soul. Perhaps our wits were dulled from the benzene exposure. But we were mesmerized. Our minds were as permeable as a cell membrane during facilitated diffusion.

When Charlie tearfully finished, he began to randomly pontificate about the Chinese concept of pets. He entered a long litany of animals that could never be pets, because they were food. His view was that Westerners were wasteful with both their money and sentimentality when it comes to animals. Not that pets were a completely foreign concept to him. But aside from cats and dogs, which could still be food in a pinch, Charlie was adamant that animals were basically food.

With that as context, it got me thinking last week while I was exercising, bored senseless on the treadmill. As my mind floated in fantasies of jelly-filled doughnuts, I started to consider his point of view more seriously. We Westerners are too damn soft. Charlie was right. We should take a stand… we do have far too many useless pets.

Cats and Dogs. Let’s start with the elephant in the room – cats and dogs. As many of you know, I love dogs. They are mindless love machines who want nothing more than to be loved in return. Cats are nasty, selfish creatures. Cat owners exist at the cat’s fickle tolerance to be fed, watered, and conditionally loved back. Plus, I am severely allergic to cats, so maybe that slightly skews my kitty contempt.

But cats and dogs, in this blog’s context, must be off-limits. The topic is simply too polarizing. Opinions, as I may have already demonstrated, are strong. Just like an asshole, everybody has one. Emotional attachment negates our logical ability to view these animals as food. They are our friends and our family, irrespective of which pet you prefer. Although, I would challenge any of you that roasted cat on a stick will taste damned good after the Zombie Apocalypse occurs.

Absent a cataclysm, for now, I will defer to the more obvious pet choices as either food, useless, or both.

Rabbits. Food. Never a pet. Totally useless. One solid reading of Watership Down will make it clear what the rabbit god, Frith, had in mind when he created the rabbits and told El-ahrairah, “All the world will be your enemy, Prince of a Thousand enemies. And when they catch you, they will kill you.” Even their god told them they were food. Enough said?

If we are being morally honest with each other, was I really the only person who stood up and clapped when Glenn Close boiled the family rabbit in Fatal Attraction? Hell hath no fury, they say. Can’t recall ever seeing such singularly unstable dedication to obsessive love… or me being as secretly turned on by some fresh hasenpfeffer.

Predators. While clearly not food, whoever heard of eating a lion or tiger or bear (oh my!)? What in the conscious realm of right-minded fuckery would ever delude a person enough to think they can control what Nature has created as wild from the beginning of time? I am not sure what is more useless – the pet or the person.

I am always amazed when the media is surprised by a guy who lives with Grizzlies ultimately getting eaten by the bears. Or when the magician’s cuddly pet tiger lashes out and kills him. How can this be anything but the natural resolution of an unnatural situation? I always fantasized that Born Free ended with Elsa mauling Joy to death in front of George, his screams the last thing heard as the screen fades to black.

Gerbils. I cannot think of a more useless pet.  Specifically, I think my argument is more toward all Rodentia, but the gerbil serves as a good order representative. So as not to confuse anyone with word choices, need we briefly revisit high school biology? Species > Genus > Family > Order > Class > Phylum > Kingdom > Domain. Class dismissed.

I had once heard of a creative use for gerbils, called gerbilling.  While not for me, this involved inserting an expended toilet paper roll in the anus and allowing the Cadbury Commando gerbil to make his way up the tunnel into the Hershey Highway.  Apparently, this exacts some extreme pleasure from the participant. Perhaps Norah Jones should investigate?

Because I care and want my readers to really laugh until they pee, I also wanted to share a cautionary tale about gerbilling before you start experimenting. Check out this hysterical radio broadcast called Armageddon on YouTube…  https://www.youtube.com/watch?v=cTrOb8zyrZk

Snakes. Speaking of Armageddon, can you think of any animal that evokes more preternatural fear than a snake? Growing up Catholic, next to clowns, snakes filled me with abject spiritual terror. Snakes were Satan, evil sneaky creatures of temptation that were more predator than prey.  So why the unholy fuck would anyone keep a snake as a pet? Completely useless.

Am I the only person who wishes that when you watch people holding giant pythons around their neck, that the snake suffocates them and eats them? It would teach them, indeed all of us, a valuable lesson about why a snake is not a pet. Was anyone but me rooting for Kaa in The Jungle Book? Mowgli needed to learn his lesson. Jungles are dangerous places for a man cub.

And snakes as food!?!? Wretch. Unless you are Dusty Dan, a starving prospector who has been lost in the desert for weeks after wandering away in a drunken stupor from his failed gold claim, could a snake ever truly be a food source for you?

Birds. Loud, smelly, useless. I will forever be convinced that there is a correlation between your IQ and your delight in hearing a bird repeat your words back to you. Sure, for their brain size, they have developed a modicum of intelligence. Show me a cockatiel that comprehends what it is actually saying, and I will eat my words (instead of the cockatiel). Not impressed. If I was looking for intelligence, I would buy a dolphin (maybe two). Maybe an elephant, too. They last a long time.

And then there is the simple answer that birds, first and foremost, are food.  How many varieties of birds do we eat? Delicious. All of them. Small caged birds might not have enough meat to be worth the effort, but the bigger caged birds still make my mouth water.  I think of the Bugs Bunny cartoon when the hobo claims to Bugs’ penguin buddy heading back to the South Pole, “Penguins is practically chickens.”

I think my favorite bird scene in the movies was when the hitman in Dumb and Dumber decapitates Petey the parakeet to send a message to Lloyd and Harry. Harry thinks the bird’s head fell off from old age and duct tapes it back on. Lloyd sells it to a blind kid, who can’t understand why Petey is so quiet. Brilliant. Who is dumber? Harry? Lloyd? The kid? Or us for owning birds as pets?

Fish. I love seafood. And nothing makes me angrier than to see food in a tank, out of its natural aquatic element, meat spoiling by the moment. Animal cruelty aside, I want the small worthless fish that people turn into pets returned to the stream, lake or ocean, so the larger fish can eat them, and we can eat the larger fish. Circle of life.

True story. My daughter won one of those useless beta fish at her elementary school Family Fun Night. And oh, what fun we had. She cleverly named it Beta. Beta raced around its tiny glass prison, swimming in its own filth for a few days. My daughter, the novelty expired, acted like most kids with the newfound responsibility of having their own pets.  She ignored it and left it up to us to care for it.

My conscientious wife, not wanting to let her baby down, scooped Beta into a strainer near the kitchen sink while she freshened the water and cleaned its grimy bastille. Beta, in likely the only useful act of control and defiance it ever performed in its useless life, leaped from the strainer and fell into the garbage disposal. Looking around to confirm no witnesses, my wife, in her never-ending capacity for compassion, fired up the disposal and bid adieu to little Beta. Truly a mercy. And Beta was never missed.

Tying a bow around this conversation, Charlie Chan was correct. Cats and dogs are exempt (but mostly dogs). Every other animal should either be food for humans or allowed to live free to be eaten in its own natural setting. Either way, doesn’t this say something about the giant virus that humans have become? We consume everything we can. And what we cannot consume we control. We displace our own human frailties on our furry, feathered, scaly friends. But through that predatory evolution, we have developed self-aware brains and opposable thumbs. We can rule this world as an apex predator with a conscience.

Unless the power grid fails. Then we can still wink at each other knowing we are literally one power outage away from eating not only our cats and dogs, but maybe each other.