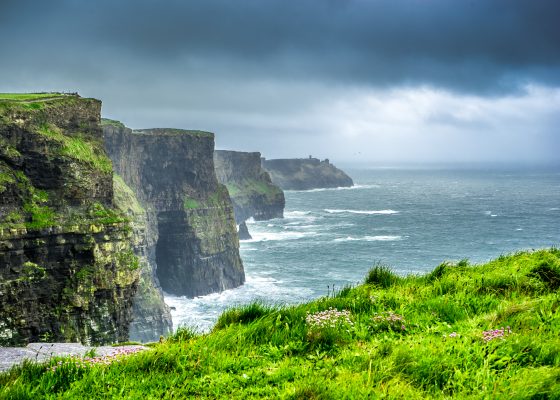 Part of growing up immersed in your Irish heritage is an inborn, potentially inbred, proclivity to celebrate humor and craic.

Craic (pronounced “crack”) is the concept of fun and laughter, particularly in a social setting. Spend a Saturday evening in the Temple Bar section of Dublin, and you will understand.

Uncle Seamus was of the firm opinion that there were degrees of craic.

“Like an onion, a good time has layers,” he would whisper to me in my crib, baby bottle of Guinness in hand.

Pressing the rubber nipple to my rapacious little lips, he would add, “More vitamins than your poor mother’s milk could ever hope to have.”

Even as a baby, that was good craic. But Seamus liked to delineate craic into very specific categories.

Implied in the spirit of craic is that those great times involve someone(s) of Irish descent, since we basically wrote the book on fun. The Irish possess a uniquely lyrical wit, sly and laid back, while gregarious and friendly, especially when Guinness or Jameson is generously applied.

Throughout childhood and over the years, I have learned of so many Irish characters that are fundamental to the concept of craic. I have assembled a few of my favorite Irish personalities in the hopes that my fondness and amusement will tickle you in a loving, reasonably HR-appropriate way.

One of the best things to know about interacting with the Irish is to never take everything we say at face value.  The twinkle in an Irish eye is the sun reflecting off a tear formed due to the pent-up laughter from having some sport with your gullibility.

A dear friend of mine is often known for saying, “Never let the truth get in the way of a good story.”

And so ‘tis with the Irish.  Part of true craic, and why the Irish are such good storytellers, is that we nurture the ability of a speaker to capture a listener’s attention with an appropriately long-winded mix of fact, humor, emotion, and fiction. A truly deadly combination.

So, while we may be a wee bit full of shite, is it really our fault if our gift of the gab influences your beliefs or disbeliefs in our stories? Though our stories may sometimes be a load of Blarney, they are in fact a grand tease, an exaggeration of the truth meant to charm and entertain.

And what is the harm in that?