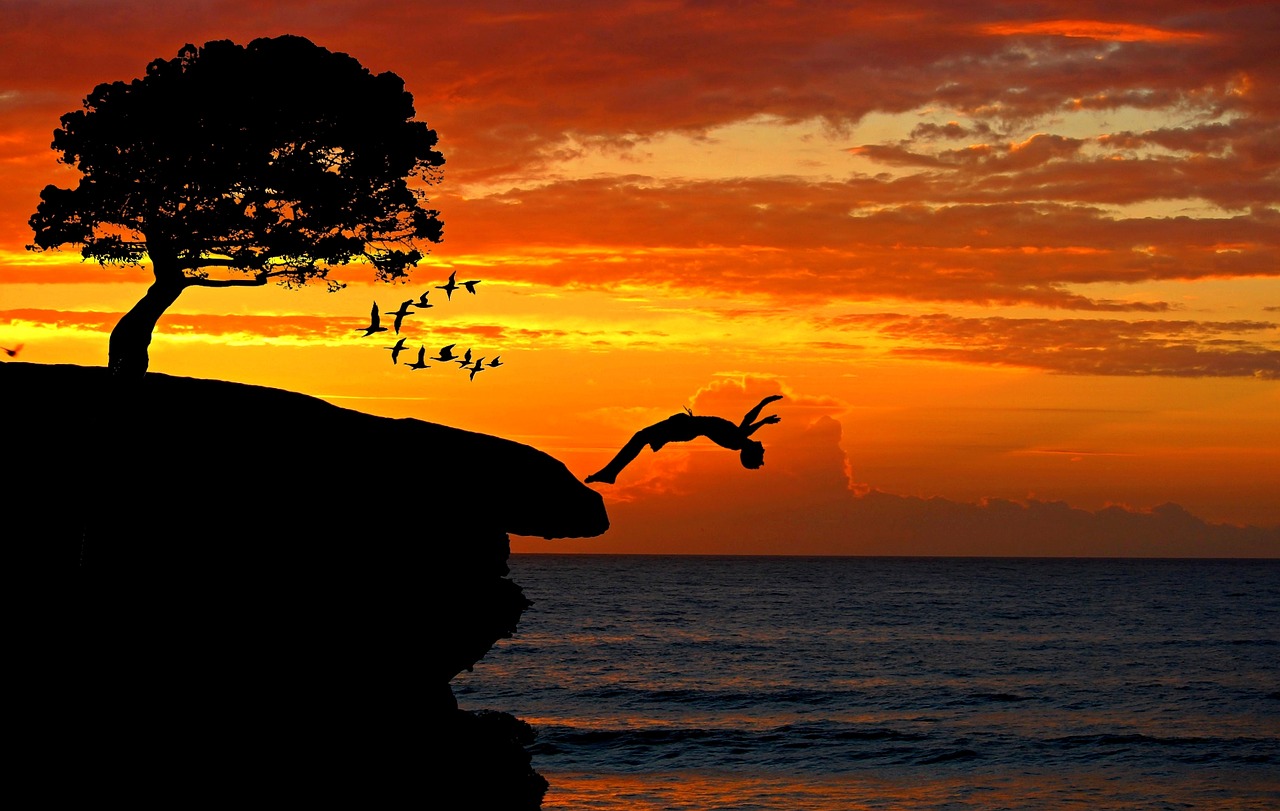 The Adirondack region of Upstate New York boasts over three thousand lakes and ponds spanning over six million acres. The mountains are low and ancient. The forests are dark and primal.

Truer words were never spoken as you enter the North Country. The air is fresher. Cleaner. There is a pungent pine smell that permeates everything due to the abundance of conifers. Pine trees thrive in the colder weather and rockier soil of the mountains, taking root in the most amazing places.

While pine seems to be ubiquitous, you realize how prolific the deciduous trees are when you visit in the autumn. Sugar maples and red oaks explode in a spectral array of gamboge and auburn and crimson as they prepare to drop their ornate leafy mantles for a long winter’s nap.  Truly breathtaking to behold.

Quaint towns and villages pepper the landscape, interconnected by single lane roads. There are very few highways in this wild place. It is not uncommon to see moose striding along the road, glancing sidelong at you as they meander toward a nearby wetland.

Ok, Henry David Thoreau, we get the picture.

Got it. Exiting one of the single lane roads takes you down thousands of narrow, potholed dirt roads to homes and camps, typically on a shallow river or a timeworn lake.  The isolation is both fantastic and intentional. A refuge from the hectic modern world. And a guaranteed alignment job for your car when you return to civilization.

Down one of those bumpy dirt roads lies Muskellunge Lake.  The Walden Pond of this article.

The forest grows claustrophobically close as you navigate the dirt road, reaching out for your car, subtly scraping the doors as you slowly roll by.  Trying to impede your progress in entering their sacrosanct sanctuary.

As the forest finally relents, you round a curve, and down a slight incline lies a few camps scattered along the sandy shoreline of Muskellunge Lake.  The lake is small and mysterious. Black water holds the cloudy sky’s reflection, still and somber. Dense pine forest and small rocky cliffs engulf the far shoreline, framing the lake, protecting it from overdevelopment.

You are nowhere and everywhere all at once.

This one sweltering summer, my godparents had rented a camp for two weeks on a slight rise above the shore of Muskellunge Lake.  A ramshackle structure, nestled in interloping trees and overgrown grass, designed only for sleeping, crapping, and eating.

The ratty roof and stained shake shingles yielded entry through a peeling red door into a turn-of-the-century kitchen and a small adjacent bathroom. A white peeling archway opened into a large living room—a literal barracks—framed with metal bunk beds, a few moth-eaten couches, and a chafed dining table.

As kids, we thought this was the coolest place ever!

Our first week at camp was heaven. My family and my godparent’s family comprised ten of us. Tight quarters, but who cares?  We were outdoors swimming, fishing, boating, and exploring every day with our cousins from dawn until dusk.

(Yes, the same cousins discussed in my prior post Jeux Sans Frontières. We were far less destructive this summer, as we had too much to occupy ourselves and no weapons to make it more interesting.)

When each day ended, we would drive to the camp garbage dump in the pitch black and, from the safety of our locked cars, watch the cautiously foraging black bears illuminated by the headlights. It was so much better than the TV we did not have at camp!

The second week at camp was when shit got real. Real bad. The Monaghans arrived.

Party of two, Aunt Curl and Uncle Art thankfully never had children. Where Colm and Nature were dirty lazy people, Curl and Art were poor.  The kind of poor that only unemployment and alcoholism nourish. They lived in a blighted city neighborhood in a house that made the Muskellunge Lake camp look like a luxury resort.

My mom’s sister, Curl, smoked constantly. A fiery skinny redhead, a cigarette always hung from the corner of her mouth. Ashes fell haphazardly like nuclear fallout in the wake of her explosive movements.  Smart and garrulous, Curl engaged and opined on any literary topic. When not drinking, she read avidly. F. Scott Fitzgerald stoked her passions, as did their shared love of drinking.

But those moments were few and far between, and the grip of alcoholism was vicelike. Irish stereotypes are deeply, sadly grounded in historical fact. As a race, we have a very tempestuous relationship with drink. Curl changed after just a few beers. Angry and cruel, she honed her intelligence and wit as a weapon to eviscerate everyone in earshot. Arguments and fights followed her like cigarette smoke.

Curl’s husband Art was a mess. A discharged navy veteran, Art had never—candidly, could never—hold a civilian job. He was drunk all the time. A short, slight man with a comb over, Art was wiry strong. He was a regular at the local neighborhood city bar where he was a known pugilist.  Again, an Irish stereotype in the flesh.

A few years before camp, Art stumbled home from the bar, drunker than a peach orchard boar.  Houses in his hilly ghetto rose ten feet above the street, with broken concrete steps the only means to access them. In his attempt to climb the steps, Art fell and fractured his skull.  The VA repaired it with a metal plate.

Art was never the same after the fall. His speech had been somehow permanently slurred, only made worse to the point of unintelligible by his frequent intoxication.  The best we could discern, he repeated the phrase “Woozhie, woozhie” in varying inflections and extensions as a primary form of expressing himself.

Of course, brain damage is never funny.  But we were kids, and kids are evil by nature. So, Art was thereafter nicknamed Uncle Woozhie Woozhie. To lessen word count, I will refer to him as Woozhie.

Curl and Woozhie arrived at the Muskellunge Lake camp on a rainy, muggy Sunday. Having borrowed a friend’s car and driven from the city, Curl was somewhat sober and needed to move post-haste to the kitchen for a beer.  In her moment of need, with the driver’s door open and Woozhie sitting in the passenger seat, Curl left the neighbor’s car running.

From the kitchen window, we had a birds-eye view of what happened next.

Woozhie hollered something unintelligible after Curl.  Trapped under a clinking heap of empty beer bottles after the long drive to camp, it appeared he was pissed she left him alone in the car unassisted. Lunging to the side, he toppled over toward the open driver side door, lying sideways across the driver’s seat.

Cursing and mewling, he tried to raise himself back up by grabbing the shift stick on the steering column. Thrown into gear, the car surged forward, down the incline, splashing heavily into the lake.

Woozhie screamed a muddy string of curses as Curl rushed to the car to save him, beer in hand.  As she dragged him through the open driver side door, they both fell backward into the shallow water, thrashing and soaking each other.

My dad and godfather leaped into action, hooking some chains to the waterlogged car, towing it with the pickup truck back to safety.  Curl and Woozhie continued to flounder in the shallows, splashing and cursing at each other for quite a while longer.

Dad was overheard muttering in a faux brogue, “Feckin eejits.”

In the following days, we avoided Curl and Woozhie like the plague. Plus, we had discovered a real treasure further down the lake along a wooded deer trail: a cliff we later learned was called Elephant’s Foot.

Elephant’s Foot presented some thrilling conundrums for our preteen brains.

The danger was intoxicating. The craic was 90.

The top of Elephant’s Foot was a wide rocky clearing. We imagined Native people created it as a holy place to perform ritualistic human sacrifices to appease the muskie and snake gods of this primordial bottomless lake.

My cousins, sister, and I gathered on this hallowed ground, arguing over who would jump first. It was a heated negotiation, full of name calling, schmoozing, and horse trading.  No one could show their fear. That was weakness.

My one cousin’s testosterone was almost fully amped for takeoff when, from the tree line, we heard a massive crashing sound. Woozhie came tottering through the overgrowth hollering something at us.  He moved inconceivably fast, given his condition.

Turns out too fast.  Apparently, he could not slow his acceleration. Was he drunk? Was his damaged brain misfiring? Maybe both. In an instant, Woozhie rushed by us…right off the edge of the cliff!

I swear he fell like Wile E. Coyote falls in the Road Runner cartoons.  Arms and legs splayed to the side, only to belly smack with a massive plume in the black water far below. His body bobbed back to the surface, face down in the water, not moving.

Proud to say, completely freaked out, our heroic rescue skills kicked into high gear, casting off all our imagined fears. Several of us leapt off Elephant’s Foot into the abyss. We turned Woozhie over onto his back and swam him into shore.

The snakes fled before us.  The muskies stayed in the deep.

My oldest cousin knew CPR and cleared Woozhie’s lungs with a few hard puffs into his mouth.  Coughing and gagging, Woozhie stood up and punched my cousin squarely in the face. He went wild, trying to slap each of us as we scattered from his waterlogged reach.

We ran away at full kid speed, far outpacing him. His strangled cries of Woozhie! Woozhie! fading behind us as we ran through the wooded deer trail along the shore of Muskellunge Lake. We bypassed camp completely and swam out to a sandy island in the middle of the small lake until nightfall.

Not knowing what we did wrong, we were certain the inescapable blame would invariably fall on us, and we would get an old school ass-whooping from our moms. Christ, our handicapped uncle had fallen off a cliff.  Could it get worse?

To this day, we still do not know the why behind Woozhie’s actions that day. That secret died with him years later.

But that glorious day, it dawned on me.  We had survived Elephant’s Foot. We had lived in the moment so fully and completely that we could never possibly feel this alive again.

And that was worth all the ass-whoopings in the world.