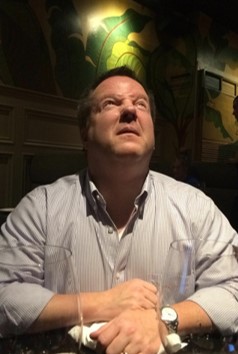 Judy Blume’s timeless codex, Are You There, God? It’s Me, Margaret, was a groundbreaking Young Adult novel when it released in 1970.  Among the first books of its genre to address major adolescent themes, AYTGIMM wrestled directly with the truth that I have discussed for years: kids are evil little shits.

While dealing with smaller pubescent derivatives like crushes and conformity, Blume’s novel also dealt with some taboo themes rarely (if ever) tackled in the YA genre of a half century ago – menstruation, teen sexual feelings, religion. The horror! The horror!

Margaret grapples with so many teen rites of passage: first kisses, teen cruelty, acceptance, trust, friendships. She talks to god about anything. The intransigent, prejudiced behavior of adults, especially her estranged grandparents who disapprove of Margaret’s parents’ interfaith marriage, triggers her appalled but brief hiatus from god. Coming-of-age at the end, Margaret ceases to wish she were someone else and learns to be satisfied in her own skin. Starting her period, she is a little wiser to the ways of the world and reestablishes her conversations with god.

Universally celebrated in the world of literature for its derring-do and candor, Are You There God captured numerous awards over the years.

Unless you think this intrusion on intellectual freedom is a byproduct of fifty years ago, welcome to the “woke” world of censorship in which we reside.  Alive and well in all its tyranny.

With the ever-expanding post-truth populism trends in 2020, people form tribes based on doctrinal beliefs. It is not merely political; it is also religious. You cannot simply believe in god.  You must believe in my god, the way I interpret god, and the form and fashion I deem necessary to attend to the tenets of that belief. Anything different is wrong and open for judgment.

For some zealots, violence is somehow not acceptable in YA literature. Are you freaking kidding me? Our 21st century world guzzles graphically violent images on the Internet, in video games, in the movies, on the news, and in television shows like they are super-sized blood Slurpies. And there is nothing new at all with any of these mediums. Recall Elmer Fudd shooting Daffy Duck point-blank in the face. Hysterical! What is new, however, is how glorified the visual violence can be. I have yet to find a YA novel that celebrates and encourages violence.  If anything, it is a means to an end or a cautionary tale of what not to do.

These tribes coalesce around facts distorted to match their opinions about literature. Somehow, if you read about LGBTQ life as a teen or you support queer lifestyles, you may turn out gay. Probably a pedophile, too. There is so much wrong with that sentence, so much ignorance and hatred. As older generations continue to die out, I pray their ignorant, racist, homophobic thinking dies with them. Any redneck remnants can get sucked into space by Trump’s Space Force SafetyNet™ tractor beam to suffocate and die along with all the other Covidiots, all of whom are likely kin or fellow Klansmen.

I know I have personally had to contend with censorship impacting my own daughters and some of their favorite books. Their ravenous little minds gobbled up YA books as soon as they hit the bookstore shelves, especially the world-building fantasy of Rowling, Pullman, Meyer, and Collins.

But confusion prevailed with the barrage of adults telling them how books would change them – make them gay, make them witches, make them atheists, make them violent. They just wanted to read, likely in part to escape from the idiot adults scaring them and judging them.

I often would buy an extra copy of their beloved childhood books to read along with them so we could discuss together.  Incredible bonding experience aside, my feeling was that if they heard from me that it was okay to ignore the outside morality interlopers, they could truly consume the literature for pure enjoyment. If they had questions, challenges, or concerns, we talked about them. Most importantly, they could express their thoughts, feelings, and opinions before others told them what to think or how to feel.

[I seriously felt my BP spike 30 points after this last paragraph. Makes me so angry to think about.]

So, upon further inquiry with my now adult daughters – who, by the way, have not joined the Church of Satan after stuffing their heads with such sinful material – I have comprised a list of their favorite YA books or series.

For each, I will explain the common complaint by the would-be censors and purity police. Then, I will provide commentary as to how I would modify some key plot points to really give those fanatical assholes something to freak out about.

It feels like I need to apologize after writing such shocking and truly horrifying words. But I won’t. If you are incapable of understanding satire, sarcasm, or irony, what the fuck are you doing reading my work? Go read your bible and pray for me.

In my own awesome way, I am paying homage to the legacy of other great satires like Swift’s A Modest Proposal, where he suggests that the Irish poor might assuage their economic challenges by selling their children as food to the rich. And that was 1729!

In that spirit, I will end with an excerpt from my daily conversations with god.

“Hi, god. It’s me, Patrick. Are you there? Maybe you can unmute? Or we can try Zoom.

Anyhoo, wanted to express a concern. I am entering manopause, so I’m a little less tolerant of stupidity than normal. And I’m sweaty all the time. Like back-of-the-knees, soaked-through-my-jeans sweaty. People are starting to ask questions. I left a wet ass print on a leather chair the other day, just sayin’.

Point is – what the hell? I am one of your singularly best creations – arguably the best – and yet I have diabetes, ulcerative colitis, skin cancer, and other crosses to bear. Oh sorry. Bad idiom. But you get the point.

I truly understand that freewill is a gift.  And that censors and zealots have the freewill to act in your name and misconstrue your words to harass children and make them feel less for who they are or what they think or what captures their imaginations. And I am sure you are going to punish the snot out of those cads in burning effigy when they die.

But for now, can you please throw a little wisdom their way? Grant them the discernment to worry about their own lives, their own families, their own beliefs. You know – mind their own business. If that doesn’t work, perhaps some sort of debilitating fall or traumatic head injury? A lesson of some kind? Guessing the tractor beam suggestion was a bridge too far, eh?

Thanks for listening, god. I will assume you’re still stuck on mute. I’m signing out for now.  Need to go change my clothes. I’m drenched. Conway, out.

Had fun with this funny promo piece on Twitter this week. Join me on Twitter @ps_conway for some additional laughs.