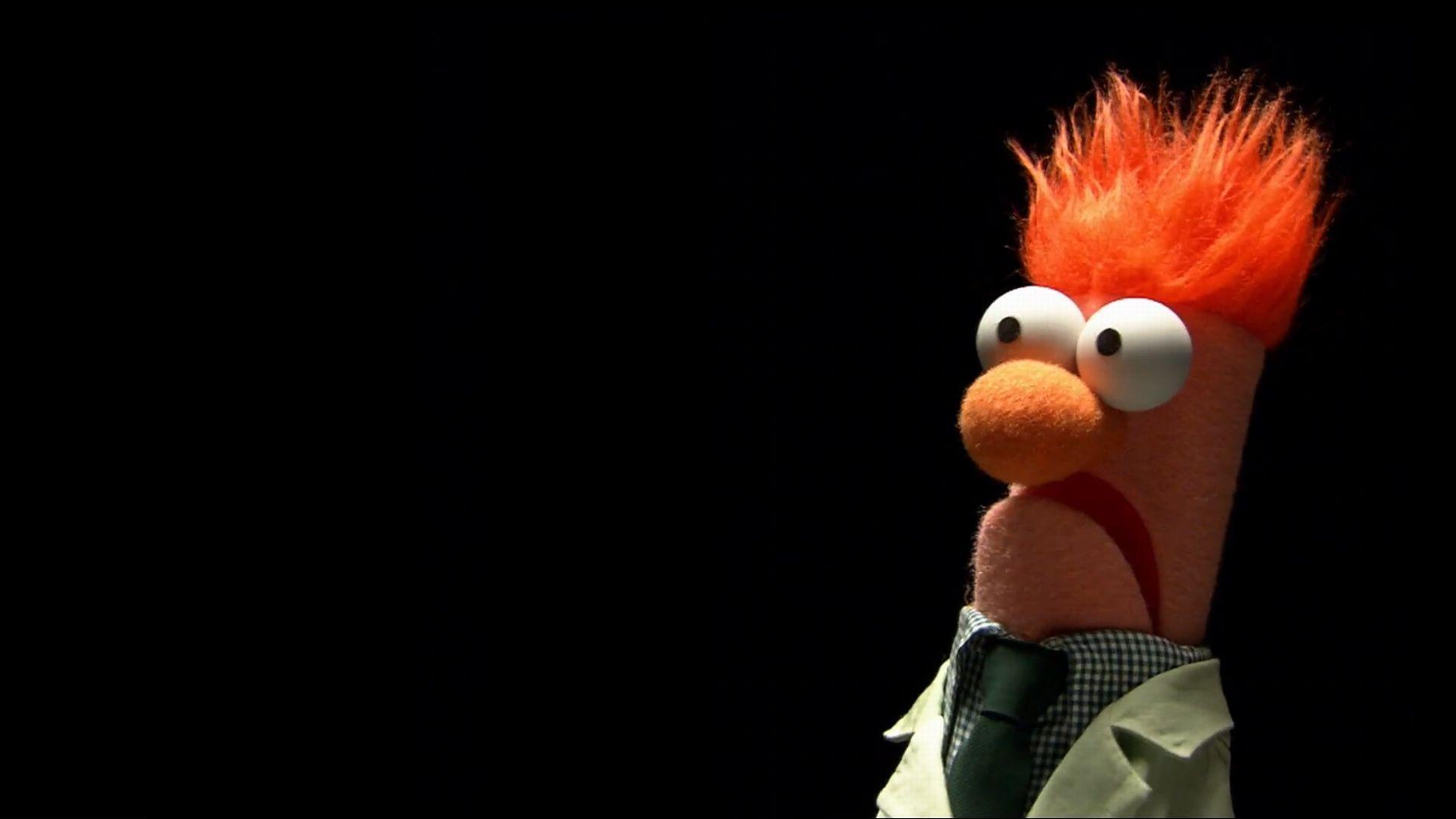 Albert Einstein infamously quipped, “Two things are infinite: the universe and human stupidity; and I’m not sure about the universe.”

Infamous, in part, because no one is sure Einstein said it, so the attribution’s veracity is in question. Was it some nameless, famous philosopher-astronomer? Perhaps renowned Gestalt therapist Frederick Perls? Answer. Who cares!?

What matters is that some very smart people arrived at the conclusion that stupidity knows no bounds. And, scary though it seems, certain social circles celebrate stupidity in these times of Covid.

For context, I think it is important to reveal that I am a registered Republican, not some big-government, anti-military, tax-and-spend apparatchik. Sadly, in my own party, I am a unicorn who failed the party Purity Test: a social liberal and fiscal conservative. A middling soul stuck in political limbo.

I persist in the belief that the character (eg. integrity, empathy, open mindedness, communication skills, et al) of a leader matters as much as, if not more than, their accomplishments alone. Our greatest leaders achieve the right results, the right way. And we should never expect less from them.

Let us begin with our Covidiot in Chief in the White House: your messiah, Cheeto Christ.  You know the guy, right?  The “very stable genius,” the guy who is “like, really smart.” That one.

Recent studies compared presidents back to Herbert Hoover and concluded that, once off-script, Cheeto has the lowest vocabulary of any modern President. By far. Two different studies land Him at an either 4th or 5th grade vocabulary level.

Read any transcript from His tweets, press conferences, or campaign rallies where He tries to vamp. Lies, inanities, inaccuracies. Please keep in mind: this is the President of the United Fucking States of America speaking. How many can I quote?

Even though “the buck stops with everybody,” we all know that leaders and their words can affect how their lesser, inferior followers behave. Voicing cruel, ignorant, racist, unaccountable, and wrong utterances shapes an environment that enables the Covidiots to emerge from lurking in the shadows. It normalizes repulsive behavior and dumbs down the dialogue.

Cheeto is not the first. Just the worst. Lying is certainly not new to politics, but He hath perfected it into a complex symphony with over 18,000 documented lies since taking office. This recent Forbes article explains a lot.

His presidency merely presents a short-term challenge, exacerbated by Covid-19, that will reconcile itself at the ballot box in November. For now, why stress out over lofty aspirations like intelligence, honesty, elocution, or articulation?

All things heal in time. And it will take time to return to informed civil discourse and unifying language at some future date post-Cheeto, post post-truth. Unless Covid spreads from an infected White House staffer or campaign adviser or dirty Big Mac®… nah! Wishful thinking.

Wasn’t it Cheeto who said, “Hope is not a strategy?” Hehe.

For now, my wish is that we approach communications with linguistic incrementalism. Let us aspire to pronounce a handful of words correctly. Screw the truth and political correctness and the soul of America and other such heady bullshit for now. Baby steps.

Clearly, if you cannot properly pronounce a word, you discount your intelligence further than necessary. Why discount your credibility with words? Your actions will more than explain your rampant idiocy. At least sound smart, pretty boy.

Can we please huddle up as a team of native English speakers and agree that we can minimally commit to the pronunciation of the following ten words?  A small ask, really. Ten fucking words, said identically, to make us all sound at least slightly less dimwitted than the most powerful Cheeto on the planet.

The intended word is supposedly. Another reason to hate adverbs more egregiously.  I think adding the -ly throws stupid people. Remove the suffix, and what remains is the core word of supposab or supposed. Hm. I wonder which one is an actual word? A clue. Unless there is some suppository to enhance core strength that I have never heard of, let’s use some common damn sense, shall we?

The intended word is regardless, but ironically, irregardless is still a non-standard word. The problem is the prefix ir- and suffix -less mean the same thing, and therefore negate each other, leaving regard as the remaining word. Technically, irregardless is the opposite of regardless and means something akin to “concerning” versus the intended “not concerning.” Sentences help to clarify the proper use of irregardless for those of us above a 4th grade education. Irregardless of her chronic flatulation problem, Dingo humiliated her family with her noise and stink.

The intended word is nuclear. I think the first time I ever truly noticed another human being saying “new-kyew-ler” versus the correct “new-klee-er” was former President George W. Bush. It gobsmacked me at how stupid it made him sound. It was simply an exclamation point for a man who struggled with hard multisyllabic words like “strategery” and “misunderestimated” anyway. Consider: If your 2nd grade teacher’s directions were unclear, would little Dipdip raise his hand and proclaim, “Teacher, I am “un-kyew-ler” about what to do.”  Dumbass needs to go back to 1st grade or smartass needs to visit the principal’s office. Either way, here is your F.

The intended word is espresso. How? Why? What? Listen, if you cannot pronounce the word correctly, you lack the requisite refinement to drink a piping Italian nectar so delicious and sophisticated. Three-syllable words may be overkill for you. Try ordering milk or tea. Oh fuck, wait. Chances are you’d spell that as “tee,” and then we would have to go into some lengthy diatribe about golf. If we are feeling adventurous, we could expand to two-syllable words. Coffee? Given the prior concerns about tea/tee, just please don’t embarrass yourself by ordering it in writing as “Coffea.” Derp. Above all other things, avoid all Cheetoisms. Never ask for “covfefe.”

The intended word is perspire. This error should self-correct when you make yourself feel as dumb as you sound. Break your mistaken pronunciation into its two component parts pre- and -spire. Literally, your nonexistent word means “before the tower.” So, Shrek, unless you plan to work up a stanky ogre sweat before scaling the tower to rescue Fiona, think before you open your giant gaping gob. Or you’ll wonder how you ended up living as an outcast in a swamp.

The intended word is jewelry. Confusing an -el sound with an -le sound is very common in English. Why? Because we are lazy in our speech patterns and/or we are remedial in our spelling. Think sensibly, geniuses. Do you recall the snaggletooth, homeless singer Jewel? Fetching voice, needed some orthodontics? Would her name now be Jewle? Call me crazy, but that sounds oddly anti-Semitic or references some fabricated Welsh Princess who led her pagan troops into battle against 8th-century Mercia. Either one. You pick.

The intended word is moot. Reminds us of when Joey on the sitcom Friends said, “it’s all a moo point. Like a cow’s opinion. It’s moo.” Equally as puerile. Far less funny and far more inane to say mute (“myoot”). Aside from sounding absurd, this suggests that the point is silent versus irrelevant, which unless you are in a heated debate with a mime, is plain silly.

The intended word is frustrated. Why people drop the ‘r’ is beyond me.  I envision Lucretia, a blubbering child with a speech deficit, gasping between sobs, “I’m so fustwated,” when Morticia refuses to share her dolly. Even then, they have the excuse of early age Elmer Fudd-itis as a crutch. What’s your excuse? You’re a grown-ass adult and, as everyone knows, baby talk is not cute and only has its place in the bedroom. Change your diaper and grow the fuck up. Or get in bed and warm the lube. Your call.

The intended word is cavalry. Both are nouns; one is a place (where Jesus was crucified) and one is a thing (bunch of soldiers riding on horses). I bet, in hindsight, Jesus’s predicament may have looked a whole lot brighter if Paul & John had mustered a cavalry to rescue him. The Romans had plenty to spare. It’s history. I may need to confer with the gnostic Book of Reg. Maybe it did happen, and the early Magisterium erased the records. Now that’s some believable gossip!

This is not particle physics, my friends. Just a modicum of focus to raise the bar in the quality of our speechification will go a long way to repairing the damage to our collective intelligence caused by the Reign of Cinnamon Hitler.

Hair Fuhrer will disappear sooner or later, and his tide of Covidiots will hopefully ebb with the plague. Worst case, they will scamper back into their secret communes of obscurity, stock up on more automatic weapons, and continue plotting the next armed American revolution. Dreaming of The Handmaid’s Tale.  Out of sight, out of mind, eh?

At least our little enclave of invisible digital friends will have greater mastery over our linguistic skills and show the world how smart we are with our refined and most excellent pronunciation competencies. We will never fall trap to sounding unintelligent when, by evidence of reading this article, you have proven yourself desirous of walking a path to enlightenment.

Better said, in the prophetic words recounted after caddying for the Dalai Lama himself (“the flowing robes, the grace, bald…striking”) by Carl Spackler in Caddyshack, for the effort, “you will receive total consciousness.”

So, you’ve got that going for you. Which is nice.

22 comments on “Stupidity: The Buck Stops with Everybody”