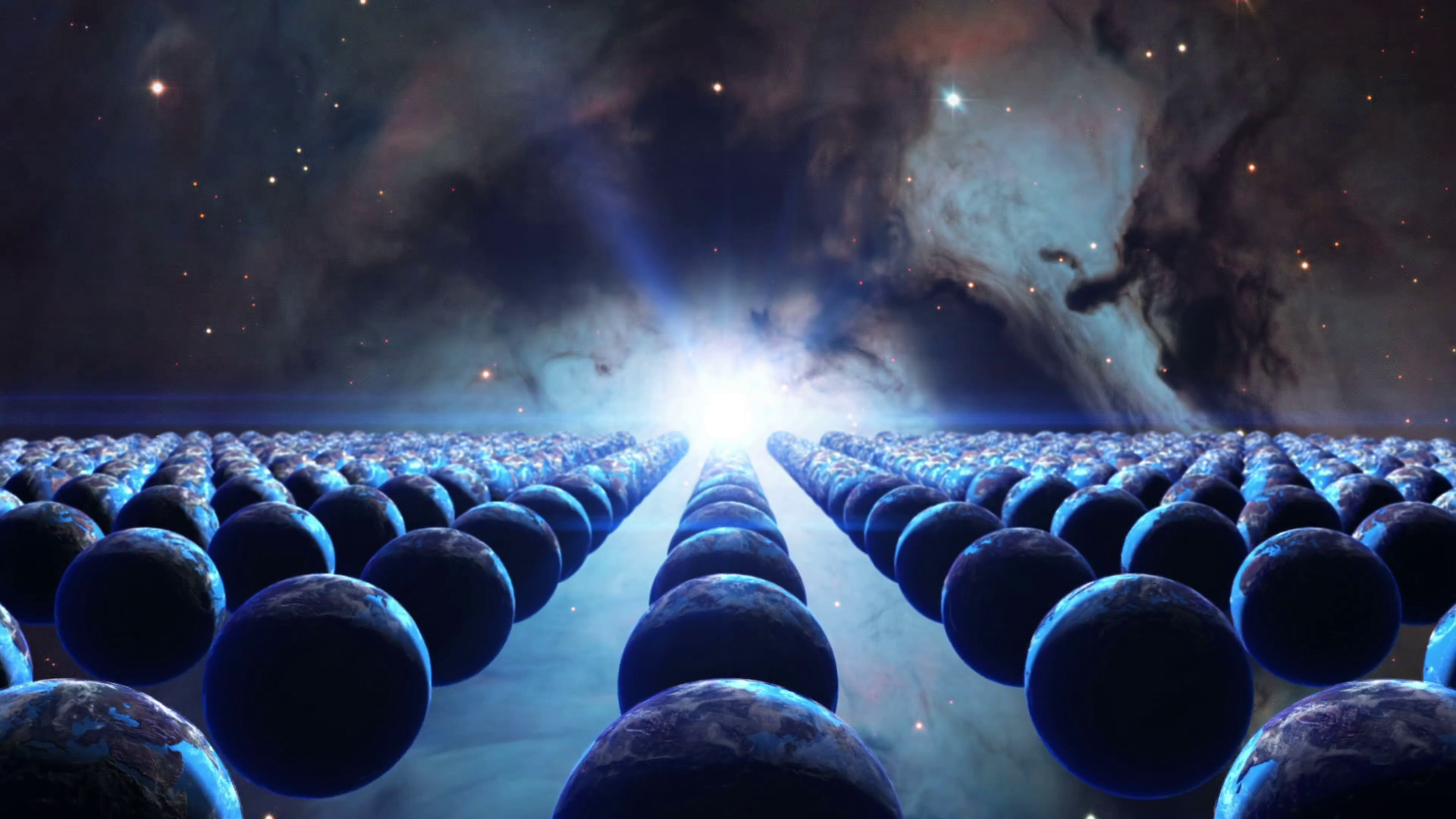 The Mandela Effect describes a phenomenon where large groups of people have purported false memories of something happening that supposedly never occurred.

The term “Mandela Effect” was first coined around 2009 by “paranormal consultant” Fiona Broome.  Ms. Broome observed that she and numerous Dragon Con confederates were certain that South African apartheid activist, Nelson Mandela, had died in prison during the 1980s.

As this observation spread across the Interwebs, many adherents also had vivid memories of a televised funeral. Some clearly recalled a eulogy by Mandela’s widow on TV. Yet no evidence existed.

The peculiar thing is how vivid these false memories are for thousands of people and how adamantly they may debate their inaccurate correctness.

Mandela’s demise aside, the term “Mandela Effect” stuck, and investigations proliferated by the curious… and even bi-curious. Movie quotes had changed. Brand logos had changed. History had changed! [queue dramatic music]

In terms of movie quotes, wrap your flawed brain around some biggies…

Mind blown yet? A little bit pissed off at your own untrustworthy memory? And why do so many people think exactly the same wrong thing?

Buckle up. This shit gets nuttier than a pile of squirrel crap.

Humor me. Nelson Mandela was amazing. He deserves a modicum of consideration before commingling his inspirational life with some half-baked conspiratorial thinking.

In case you were born under a rock, Nelson Mandela was a South African civil rights activist who spent almost one-third of his 95-year life imprisoned for treason in his fight against apartheid.

Apartheid is an Afrikaans word for “apartness.” It was a governmental policy of segregation as well as political and economic discrimination by the South African 20% white minority government against an 80% black majority populous.

Under enormous international pressure captured in the cry of “Free Nelson Mandela,” his life sentence was commuted in 1990 by then President FW de Klerk. Free at last, Mandela reinvigorated his anti-apartheid efforts.

With Mandela, De Klerk helped actuate the orderly peaceful dissemblance of apartheid, earning them both the 1993 Nobel Peace Prize.

In 1994, Mandela was elected the first black president of South Africa at a spry 75 years old.

Retiring in 1999, Mandela founded the Nelson Mandela Foundation, a global organization that still promotes the tenets of equality, peace, and freedom. He died in 2013. What a life!

Now back to the Bizarro World…

Mandela Effect: Who the F is Fiona Broome?

If nothing else, Fiona Broome is a fascinating author, researcher, and speaker in the paranormal investigation world.

Her complex online footprint weaves through numerous interconnected websites on paranormal topics, mostly with the common theme of ghosts and ghost-hunting.

I have had personal experience with what I believe to be ghosts in my life. I am a believer in the possibility of the paranormal, although the proof is sorely lacking. As with my own stories, I have no pictures, recordings, videos, or other evidence of my encounters. Therefore, please know, I am not mocking Fiona’s ghostly investigation work, per se. Let’s all just acknowledge this is in no way mainstream thinking nor actual science.

Her “favorite theory” to explain the Mandela Effect is when she and others “speculated that parallel realities exist, and – until now – we’ve been ‘sliding’ between them without realizing it”. Here, she carefully comments that “this isn’t a conspiracy, and we’re not talking about ‘false memories’”.

This is where we enter the event horizon of a metaphysical black hole we cannot escape. Some real Twilight Zone shit.

The challenge Broome & Friends have encountered is that all evidence of alternate realities and parallel universes is only anecdotal. It cannot be proven. Ironically, and frustratingly, it cannot be disproven either. If anything, Quantum String Theory supports the possibility.

And the fascination with the Mandela Effect continues to flourish.

Let’s transition for a moment from science fiction to science fact. The problem I have is that science is so damn boring.  I write humor, and I am flagellating myself having to tackle this almost-deleted section.

Keeping it simple and high-level, scientists and psychologists believe the following…

But why do thousands and thousands of people recall the identical things? Is that level of group synchronicity explained away by confabulation, suggestibility, or familiarity?

Consider some further examples that might bend your mind toward the IV on the fancy clock.

There is no question that the Mandela Effect is unsettling. As science indicates, are our memories so fragile and fallible?

Am I the only person that felt, with 110% certainty, that the following were true:

KitKat was Kit-Kat. There definitely was a hyphen at one time. Wasn’t there? Even the Chinese social media espionage site is called Tik-Tok, right? Ah fuck. It’s TikTok?

Curious George had a tail. What the paranormal fuck happened to the little guy’s tail? Monkeys have tails. Period. That is a fact of Nature. Or is George like some simian version of a docked tail dog? Is he curious because he wonders where the hell his tail went?

Jiffy Peanut Butter lost some letters. My childhood was a lie. I loved Jiffy peanut butter. Yeah, I know “Choosy moms choose Jif,” but wouldn’t it sound so much better with Jiffy.  Choosy. Jiffy. Lines up so much more lyrically. Dammit all.

The Monopoly Man had a monocle. If you asked me to wager $100 that the Monopoly Man wore a monocle, I would have taken that bet and laughed at your naivete as I counted my hundo. Where did it go?  Did he covertly lend it to Colonel Mustard in the drawing room of Clue? Was he hiding his Nazi heritage and give it back to Colonel Wilhelm Klink of Hogan’s Heroes fame? Shit. I will just “state my complaint and leave.”

The Berenstein bears were Jewish. Why, you ask? Well, turns out they were redneck Berenstain bears.  Like shit stain. Or they had some secret religious conversion. Not sure when they found Jesus, but no one ever told me. L’chaim, bears. Either way, steer clear of the monocled Nazis. Just in case.

Certain of my own recollecting resplendence, and unsatisfied with the whole science thing, I researched some alternate conspiracy theories as to the cause for the Mandela Effect.

The problem is these theories all have more holes than the souvenir swiss cheese samples given after the God Particle ride in Cern.

How are we supposed to understand our collective false memories?

Maybe the right question is what would Nelson Mandela do? #WWNMD

On one hand, it seems apparent he would listen to science. He would endure the boring science people explaining dull dorky concepts while he would smile and nod and never really understand what they meant. But it’s science, so it must be true?

On the other hand, Mandela was a rascal and a troublemaker. And a notorious cheese lover.  Given all the holes in the alternate conspiracy theories, perhaps he would gravitate toward them like a large piece of Gruyère. Plus, Fiona Broome is a famous author, and so was Mandela. With that common experience, perhaps he would gravitate toward her psychic cheese whilst gnawing his physical cheese.

Bottom line: I am personally overwhelmed by science versus parascience. It might be easier to offer a political answer instead. Something free of controversy.

The Mandela Effect explains a lot about the Cheeto/Cheato presidency. For example, let’s take the debate over corruption with mail-in ballots. Even though the claims of voter fraud have been completely debunked as a lie, through the course of repetition and viral spread, the Cheeto Faithful believe it happened en masse. They are certain of it, and worse yet, certain it will happen again.

It’s all so difficult to prove. Worse yet, it’s all equally challenging to disprove. Facts are simply not enough! We must now accept people’s words, opinions, and anecdotes as proof.

For me, Occam’s Razor may settle the score: when two or more theories predict the same result, the simplest solution is generally the right solution.

Which would you choose – science, parascience, or politics?

20 comments on “The Mandela Effect: Play It Again, Sam.”