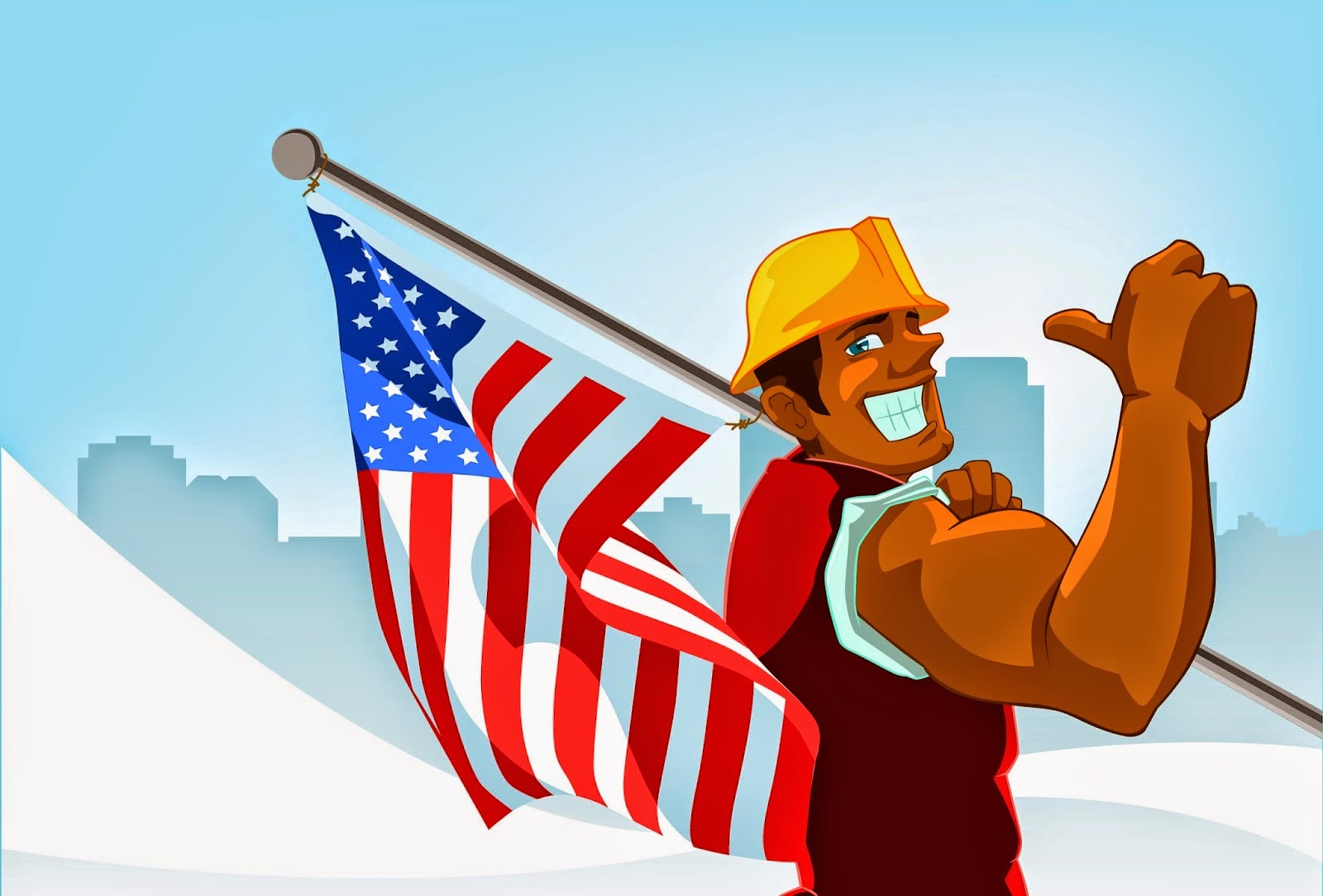 Labor Day in the United States marks the end of summer. It is a national holiday intended to celebrate workers, specifically Labor Union workers.

The meaning sometimes gets lost in all the rigamarole of parties, parades, and celebrations. Most Americans simply enjoy it as a long weekend and Monday off work.

Historically, Labor Day originated during the peak of the late 19th-century US Industrial Revolution. Work conditions were horrific both for adults and children.

Of particular note was the Midget Uprising of 1886. Pejorative “olden days” nicknames aside, dwarfs working in gold mines were regularly mistaken for children, brutally beaten, and paid a fraction of their taller counterparts.

Under the leadership of Hank “Doc” Homunculus, the wee workers rebelled against their oppressive overlords by feeding them poison apples and summoning birds and squirrels to bite them.

The famous Labor chant of “What the fuck? We’re not kids!” became synonymous with Lilliputian rights in the American Labor lexicon.

Under enormous pressure, President Grover Cleveland signed Labor Day into federal law in 1894 to settle the mass unrest and bloodshed with workers. The national holiday has continued since.

As a pithy aside, Cleveland was a shitty president in his second term. The Veto President’s biggest claim to fame after Labor Day was settling arbitration with Great Britain over Venezuelan boundaries. Wow. That’s the stuff of American legend.

With Labor Day’s historical backdrop so brilliantly revealed, let’s explore other holidays impacted by organized labor and the cultural laziness we continue to perpetuate by federalizing more and more holidays.

Origins of American national holidays are fascinating to me. Part of the eclectic pastiche that makes me so damn interesting, eh? Among my other curiosities are the history of glues, 14th century grooming habits, and clown hunting.

Organized Labor has impacted the federalization of many “Monday” holidays to include Martin Luther King, Jr Day, President’s Day, and Columbus Day. In fact, seven of the ten federal holidays currently recognized were the byproduct of Labor Union lobbying efforts in one fashion or another.

The remaining three federal holidays are not a byproduct of Union handiwork. They cater to matters of historical unity and national pride and predate the Labor movement…

Which brings us to the longest non-Union holiday in American History: Covid-19 Day.

This charming vacation has lasted every day for the last six months.  Instead of a refreshing long weekend, we have been treated to new levels of anxiety, fear, misinformation, malfeasance, and death unseen since the Spanish Flu a century ago.

Most of us have never wanted to return to a normal work schedule so badly.

So, let’s start with this thought: fuck you, coronavirus. You have ruined so much in 2020, and Labor Day traditions will now fall victim to varying degrees. Consider the following…

So, Labor Day won’t be the same for 2020. Roger that. Just give me football, god. A simple request. Don’t make me abandon the last remaining strands of faith in your existence. Glad we are clear.  Thanks.

Our Most Memorable Labor Day

Now for something Labor Day-related to truly celebrate.

My first daughter was born Labor Day weekend 1995. So, while my interest in examining collective bargaining and labor racketeering hovers around a 2 on a scale of 1 to 10, my daughter’s dramatic – nay, traumatic – birth occupies my thoughts this weekend.

Freshly returned to the United States after an amazing honeymoon in Ireland, my wife and I had a robustly natural sexual appetite for each other as 25-year old newlyweds. TMI?

We lived in the Capital Region of Upstate New York in November 1994. Staying with friends in Saratoga Springs for a party weekend, the night of my eldest’s conception is, to this day, known as One Drunken Night in Saratoga.

Off to a stellar start, I never added my wife to my health insurance plan, and she was an uncovered grad student. In my defense, we were 25 years old and super healthy. Who thinks of such minor details as health insurance?  Apparently not me.

In speaking with our company Vice President of Human Resources, I discovered my wife’s pregnancy fell under an exclusion I had never heard of prior: a Pre-Existing Condition. [Queue the dramatic music…]

A baby? What the what? What the fuck would we do? We had no money. How would we pay for a pregnancy out of pocket?

As the Veep lectured me about personal responsibility and growing up, her voice faded away. An ocean’s roaring tide filled my ears, drowning out all noise. I saw red. My heart raced. The anger pulsed in my head. Her voice surged back in, “Listen, you need to understand….”

“No, you need to understand, you fucking cunt,” puked forth from my mouth. The queen mother whore of all cuss words. The infamous C-word. Apparently suffering an insane fugue state, I had just called my VP of HR, a woman, the most dreaded word in all of misogyny.

“I’m sorry,” was all I could muster as I hung up the phone to suffocate her enraged screaming on the other end.

[Side note: Several of that company’s former execs read my work each week. Hi, guys. Just in case you forgot this chapter of our sordid history from 25 years ago, thanks for not firing me. Still haunts me.]

Fast forward to March 1995. Is anyone a fan of the television series ER? As though a harbinger of things to come, I remember my wife and me watching Season 1, Episode 19, titled “Love’s Labor Lost.” Cool Shakespeare allusion, too. Without the pretentiously colourful British spelling of labour, of course.

Probably the most horrifyingly sad thing we have ever watched on TV. A pregnant woman dies due to a doctor’s misdiagnosis of a bladder infection instead of preeclampsia. We were still in the first trimester. Could this be us? Rattled, I poured myself a few shots of bourbon. OK, I drank the bottle. Stop judging.

In May, my wife’s blood pressure started getting scary high. As did the medical bills. By mid-July, she was diagnosed with preeclampsia. The ER-episode was indelibly seared into our retinas. We could not unsee it, and we were scared shitless.  Why had we watched it? It’s like watching The Exorcist, then getting possessed by the devil, knowing it’s your fault because you watched the movie.

Sunday, September 2 dawned, one week before my baby girl’s due date. As though by way of psychic premonition, my parents arrived out of the blue that morning.  My mother-in-law called to say she was en route to visit soon thereafter.

Then the labor pains started. My wife’s unforgettable Labor Day.

As I circled looking for a parking spot, my wife suffered a placental abruption while my mom and dad walked her into the ER. When I entered the hospital, there was blood everywhere on the floor.  Attendants had begun mopping it up. Nurses whisked me up to the Labor & Delivery ward.

The scene in the delivery room was worse. My wife’s lovely vagina had turned into some sort of blood cannon. Crimson gore was sprayed across the floors, the walls, twinkly speckles across the ceiling tiles. Literally looked like a murder scene from a gruesome slasher flick.

It is moments like this when you realize you are about as useful as a poopy-flavored lollipop. Step aside, Patches O’Houlihan, and let the medical professionals save your wife and daughter’s life.

There was so much screaming. So much frenetic activity from the medical staff. So much blood. Then my daughter was out. But she swallowed meconium. (Baby shit. Swallowed her own shit.) A neonatologist was in the room. Suctioning her lungs with a…wtf? Turkey baster?

All the while I had been holding my wife’s sweaty hand.  She was such a fucking rock star. No pain meds. So much happened so fast with such violence and chaos. But she was ok. And our baby girl would be ok.

Et voilà, we were parents.

Let’s recap. You’ve laughed a lot. Take a breath. Calm your pulse. I disclaim any liability if you have a stroke. If you shit yourself already, that’s just funny.

Labor Day is one of ten federal holidays in the United States. We can always count on Organized Labor to continue working restlessly to help workers work less. Delicious irony. And Labor Unions may need to begin new collective bargaining efforts to save the other three non-Union holidays from obsolescence.

Labor Day 2020 will have a few traditions spoiled for me. It’s my choice to continue social distancing and allowing Covid to recede into hiding, awaiting its winter encore. I know there are plenty of you Covidiot dickheads out there who don’t care and would strangle your sickly grandmother with your bare hands for one more grilled hot dog. So be it. Fuck you.

Labor Day for me is mostly about the birth of our amazing daughter. Life is tough. Shit happens. Our ability to overcome adversity, pain, and suffering makes us stronger. Forces us to grab fear by the haunches and hump it into submission. That’s my wife. I will just sit quietly in my detached fugue state until called upon.

Meanwhile, I will need to contend with football-induced priapism and wear baggy pants to cover up my erection until the season begins and the excitement dissipates.

Epilogue: The Labors of Love

I didn’t want to make a big political statement in this story about the horror of Pre-Existing Conditions. But our hospital bill was $35,000 for the birth of our daughter because of all the ichor and drama.

She negotiated the bill with the hospital, claiming indigence, and got the costs reduced to $18,000. Still a fuck ton of money for a grad student and a commissioned salesman in 1995.

We maxed out our credit cards to pay the hospital. And then the most amazing thing happened. Truly the reason I have remained in a sales career for the last 25 years.

I sold shit. A lot of it. And we made good money. Within the next year, we had paid off the hospital debt in full.

Here’s the thing. I worked my ass off. This was not a gimme or a free ride. I mastered my craft and harnessed every scintilla of charisma available to ensure the financial security of our new family.

And, as many of you have asked, it’s why it has taken me 25 years to return to writing. I love writing deeply, but after this terrifying beginning, providing a high-quality of life for my girls has always come first.