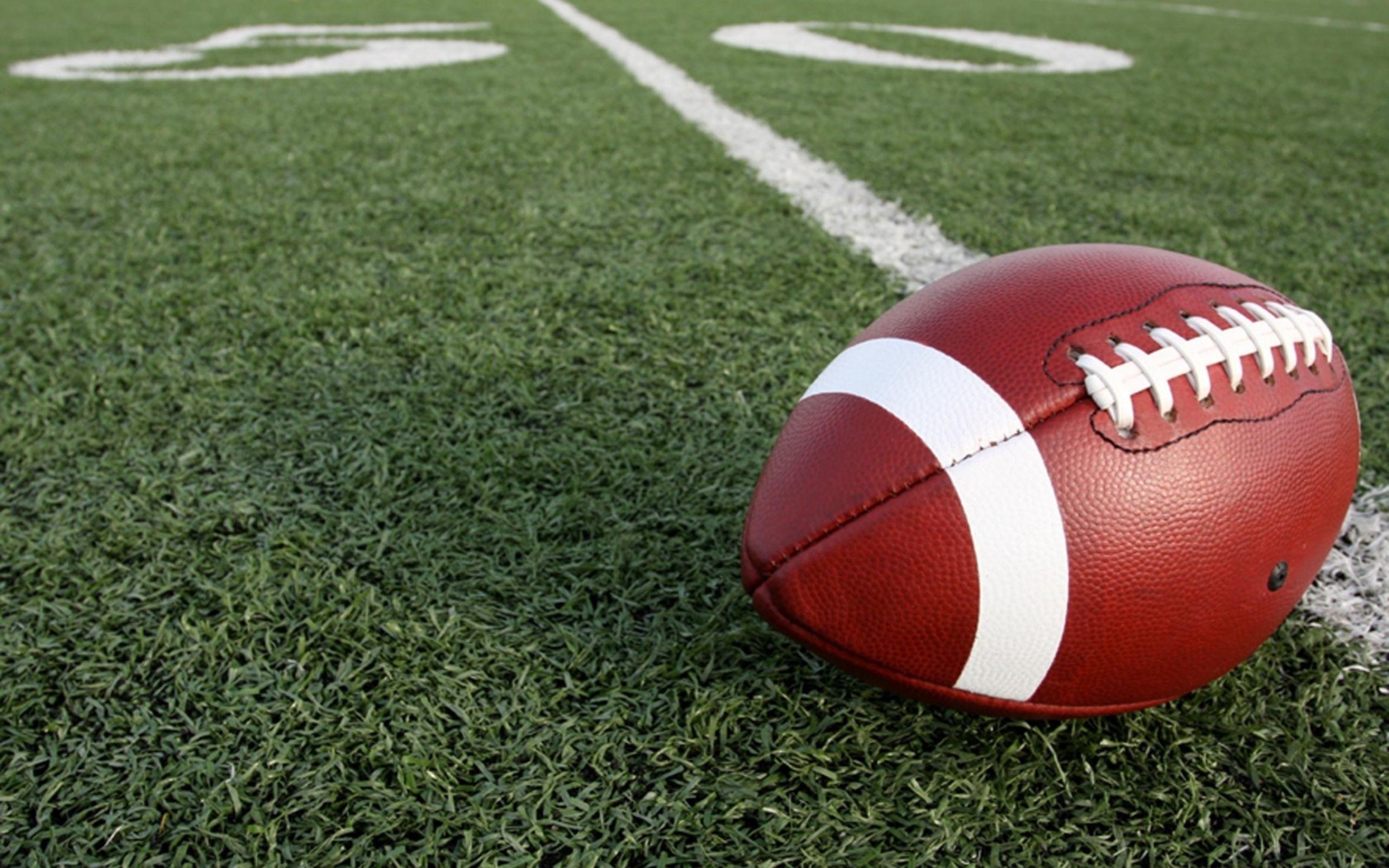 American football season starts this week. I’m so excited I could hug myself to death.

By the time this article posts, the world champion Kansas City Chiefs will have defeated the Houston Texans in the 2020 Season Opener on Thursday night. [editing update… they did!]

How did I know?  Because I started Patrick “My Homie” Mahomes as my Quarterback in our Fantasy Football League, and the gods have favored me to win this season. I’m overdue. An oracle has foretold it.

As you can tell, dear invisible reader friends, I love football. The action. The violence. The commercialization. The fun!

Picture my Sundays between September and January:

Aside from some other force majeure, the only thing that can go wrong is fucking Covid. The NBA has their bubble.  Baseball has shortened their eternal season to adapt. Golf and tennis have… meh… who gives a shit?

Will the safety changes the NFL has made to adapt to this plague be sufficient? I hope so.

As with our everyday life, it will come down to how stupid the players behave away from the field and team. If they go clubbing, don’t wear masks, don’t attempt to socially distance, the season is at risk. That much physical contact and copious handling of balls (hehe, sorry) has infection written all over it.

For now, fingers (and toes) crossed. I remain cautiously optimistic… and super psyched for a full season with 32 healthy teams each playing 16 full games. Plus, the playoffs and Super Bowl!

A big welcome to the new Las Vegas Raiders! Sin City was happy to shell out $750M in public funds to entice the move from Oakland and subsidize the new $2B Allegiant Stadium. Meanwhile, back in Oakland, deceased NFL legend and Raiders owner Al Davis weeps in his grave.

How about we channel this athletic enthusiasm into some laughs and knowledge? Let’s explore this love affair with football further and discuss the reasons why football is America’s favorite sport.

Are you ready for some football?

But does revenue equate to popularity? If so, sorry soccer.

Many soccer-biased elitists will tell you that, as a worldwide sport, soccer is vastly more popular than American football. But viewership numbers are deceptively misleading.

Soccer’s World Cup Final draws 1-1.2B viewers every four years while the Super Bowl draws 100-120M viewers every year. Left on its own, that sounds impressive for soccer. But is it?

Like high school, the kid with the most money (and the BMW) is also the most popular. It’s a combination of genetics and math. Who understands it? Not me.

I would rather spend some time on another key reason football is so beloved: parity.

The NFL is considered to have the greatest parity of any professional sports league. This means that each team ideally has equal levels of talent.

The net result of parity should deliver closer games, more ties, more overtimes.  All of which we have seen in recent years.  Most importantly, it should eliminate dynasties from occurring.

So how is it, with so many checks and balances in place – ie. drafts that favor underperforming teams, salary caps, and free agency – the New England Patriots could still claim dynasty status in the last ten years?

The Pats have represented the AFC in five of the last ten Super Bowls and have won three of them. Prolific after so many controls established to prevent exactly this from happening.

And you must begrudgingly admit, Belichick is a great coach with a great team operation backing him up. And Brady was (is?) an elite talent amongst his quarterback peers. All the cheating was not necessary.

Outside of the elite temple of athleticism resides those of us who regularly trip over our own two feet when walking across level ground.

In the workplace, our parity comes from allowing opportunity for anyone to compete for any job equally, irrespective of race, gender, sexual orientation, or religion. Given that equal “footing”, the winner should receive equal pay and equal opportunity for advancement.

Still a work in progress.

That’s capitalism in a nutshell. Warts and all, football is distinctly a byproduct of ‘Merica. Big. Loud. Cocky. You bet.

Football: All Your Fantasies Come True

But ‘Merica is also innovative. And we are good at making money. When those two attributes fornicate, their progeny is Fantasy Football.

Part of what makes American football so enormously popular is our ability to compete and gamble against each other while watching our favorite sport, drinking beer, and making chili. Pure unadulterated genius.  And legal!

For those of you unfamiliar with Fantasy Football and how to play, I’m not consuming my wordcount with explanations.  Check out this simple tutorial after you finish reading this life-changing article.

Each year, we gather between eight and twelve of us, collect $150 each, and establish prize payouts.  In a good year, that $150 could yield you $1,000 or more in good ‘ol USD greenbacks.

Then you draft a fantasy team comprised of 16 total players: 2 Quarterbacks, 4 Wide Receivers, 4 Running Backs, 2 Tight Ends, 2 Kickers, and 2 Defenses.  Each week, through your vast football knowledge of players, stats, weather, psychic premonition, wildfires, Covid outbreaks, and matchups, you start your best option(s) in each position against another team in your fantasy league.

Like AT&T phone plans, friends and family comprise our Fantasy League. My team’s name is Caligula’s Napkin. Felt quite clever with that name. Just naughty and gross. Leaves you wondering what the napkin was for.

First year of our League, one of the younger, uneducated, inbred guys asked me if Caligula’s Napkin once played as a cornerback for the Pittsburgh Steelers. I sighed, lied like Belichick, and said yes. In the back of my mind, I was licking my chops, thinking, “A fool and his money are soon parted.”

That year, we developed a sensei/grasshopper relationship.  He would ask me for fantasy football advice. I would give him the wrong advice. He would lose. I would take his money at the end of the season. My little gakusei learned many valuable lessons in trust. Sadly, he left me next season for another dojo.

Fantasy Football adds an insane layer of enjoyment to an already mirthful football season.  Games with football teams you don’t care about are suddenly interesting because you are starting their Running Back and Defense that week.  Your sports palate has expanded. You are now a football sommelier. A footballier.

The only thing better is the Super Bowl.

Jesus wept, but if the Super Bowl is not the most commercial, musical, recreational, and – oh yeah – metaphysical event of any year, I surely lack the mental capacity to divine the answer.

Labor Unions should be lobbying for the Monday following Super Bowl Sunday to be a national holiday.  The hangovers are brutal.

The game itself is fine. But I have watched minimally all the red zone plays in close to 600 games over the last five months. I’m ready for the game, but the pageantry and events around the game? Fucking brilliant.

So many great memories with football.  My only regret is that my youngest daughter’s birthday falls the week after the Super Bowl every year, and every company I have worked for hosts their national sales meeting that week.

Missed a lot of my baby’s birthdays to pay for her UW-Madison college education. Hopefully, her graduation gift trip to New Zealand with her Pops helps fill the empty void my jobs created.  Yeah, I’m going. Not going to miss all the cool Lord of The Rings shit awaiting us.

I am exhausted when the Super Bowl finishes each year.  So much energy and excitement has been invested. So much love.

With football over, you look around and find yourself in the middle of winter. Cold, dark days mourn the passing of yet another incredible football season.

The TV still holds plenty of NBA basketball and NHL hockey action. I try. I swear I do.

Basketball is incomprehensibly alien to me. I played as a kid. Wrong choice of word. I embarrassed myself as a kid. I sucked. Is there a worse word than sucked? If so, that is me. An old man once gave me a lollipop after a game because he thought I was Special Needs. True story.

Hockey is a sport I should have tried as a kid. Maybe they could have trained the suck out of me. I live in Upstate New York, which is basically iced over eleven months out of the year. Nine months now. Fuck you, global warming. But, as with basketball, I have more concussions from falling and hitting my head on the ice recreationally skating than I ever had from the years I played rugby in college.

Maybe I will take up skiing this winter. Or just nap a lot. Fuck it.

10 comments on “Are You Ready for Some Football?”