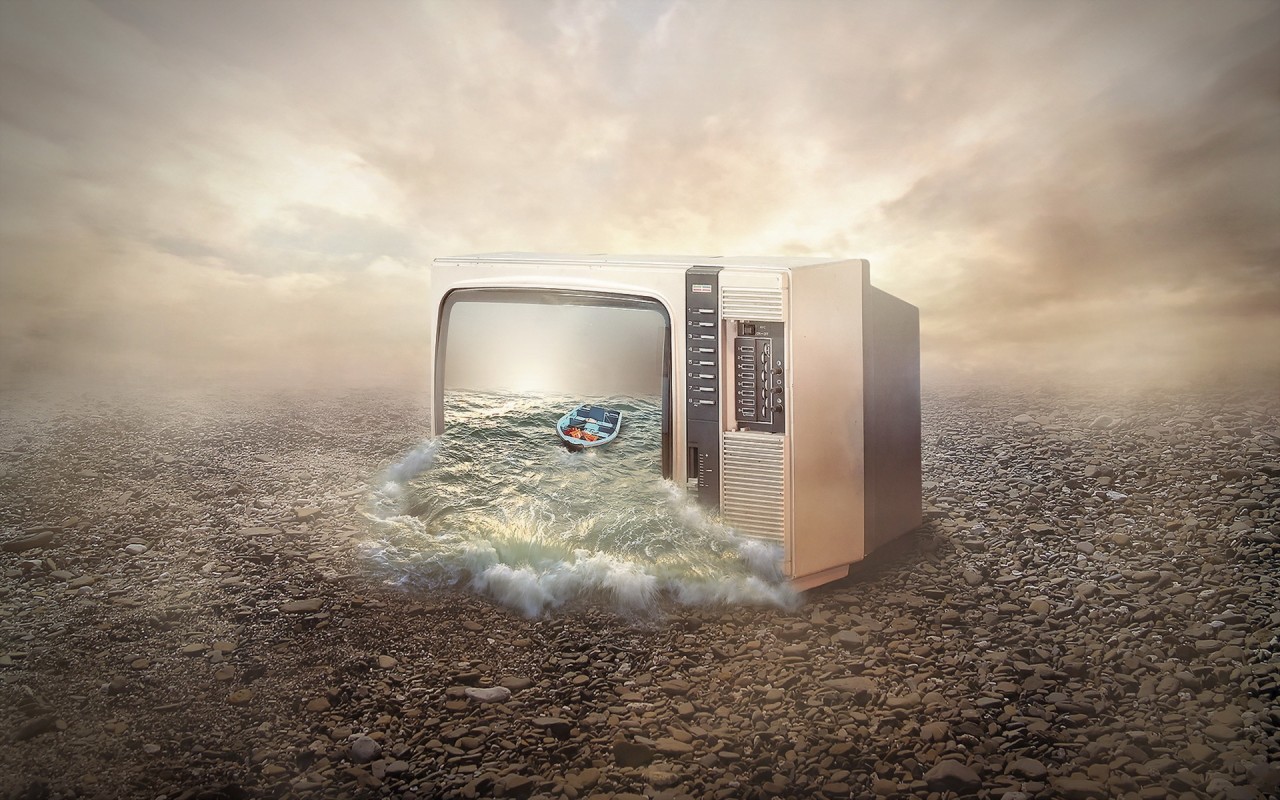 Literary scholars, horticulturists, and astrologers widely consider Iago from Othello the most treacherous of villains in William Shakespeare’s caboodle of tragedies.

For those of you unfamiliar with Othello, first and foremost, please start reading something. Anything.

Baby steps before Shakespeare. Perhaps I might suggest The Berenstain Bears and Too Much TV. Small words. Ironic foreshadowing. Bright Colors. And no, I’m not giving away the most dramatic ending in Berenstain history.

Then, when you possess the mental dexterity to navigate more than remembering Iago as Jafar’s evil macaw from Disney’s Aladdin… Well, that is progress. And maybe the malevolent Disney character may just reveal something about Shakespeare’s Iago.

Iago: Demand Me Nothing

Iago is manipulative, vindictive, and treacherous.  A true Machiavellian antagonist to Othello’s virtuous protagonist. Iago tells us, “I am not what I am.” A religious Elizabethan audience would know that God told Moses, “I am what I am.” This blasphemous oppositeness calls into question if Iago is the devil.

But Shakespeare turns that literary convention on its head. The viewer befriends the devil.

Unlike our kinship for other great tragic heroes like Hamlet or Macbeth, who relate to us and tug our heart strings through their soliloquies, Othello is aloof. It is Iago who consistently addresses the audience with his magnetic asides, making us fully aware of his schemes.

Think Monty Python’s Nudge Nudge sketch, “A nod’s as good as a wink to a blind bat.”

And Iago hatches his subterfuges with such sociopathic charm and forthrightness, assuming our alignment with him, that we become complicit in his nefarious plans. As Othello is unmistakably trapped, so is the audience. Caught in an ill-placed admiration for the captivating justifications of a wicked man.

Ultimately, Iago personifies the misogyny and racism of Venice in those days. Like a mirror, Iago reflects the worst attributes of the day. He epitomizes the worst qualities.

And when Othello succumbs to madness, and the killing begins, it leaves us horrified that we sat passively by as this malignancy metastasized through Iago.  His final ‘fuck you’ to we bystanders, explaining no resolution for his actions, is captured in…

“Demand me nothing; what you know, you know.”

Reality TV is our modern-day Iago.

It tempts us. Attracts us. Reflects us. But it is also deceptive. What we perceive to be reality is finely produced, sometimes engineered, reality sitcoms.

We know it is shitty, moldy popcorn. So why do we keep eating it?

We leave Reality TV appreciating the safety and predictable dullness of our own lives and how much better we are than the people we have watched. We are not what we see on TV.

Yet this vortex pulls us into its gravity well. In orbit, we revisit these vapid millennials, talentless de facto celebrities, creepy international wife shoppers, and disgruntled employees because – in part – we have been manipulated.

Producers edit most of the shows to shape our reactions (and interest).  Character development gets distilled from hundreds of hours of actual footage into sound bites that create heroes and villains. Hell, scouts spend months profiling talent for the shows to ensure they meet a specific required psychological, emotional, or social profile.

We know this. And yet we watch. Mostly because the endings are relatively harmless. Some heartbreak. A little happiness. A few laughs. But no one dies. The action does not lead to any life-altering tragedies with moral or spiritual implications.

Ask yourself this: What would Iago do?

These shows are manipulative, but do they take things far enough? I stand certain in the belief that Iago would devise an entirely different reality entertainment. Shit your eyes can never unsee.

Shall we explore some examples? Let’s do this!

Keeping Up with the Kardashians

Reminiscent of your real life, isn’t it?

What would Iago do?

He would flip the story on its ear from the beginning.  The new show’s name: Staying Woke with the Washingtons.

The story begins with a fake woke white family who wears black face and pretends to be African American in public, while hiding racist inclinations at home. All the kids marry white folks and force them to wear black makeup at home to be ironic.

The middle daughter Whitney is married to rapper Eminem. The story begins with Em murdering his Munchausen’s mama in a fit of rage-rapping. His daughter Hailie is beautiful, but she won’t even be at Ma’s funeral.

The matriarch Winona and father Wesley have marital troubles. Wes is questioning his sexuality. Winona doesn’t put up with that shit and cuts his dick off, wearing it on a gold chain around her neck. Now he’s her bitch.

The shocking series finale reveals Eminem is black posing in white face. Everyone knew no white guy could lay down those thick lines. He admits to hating white women and hires his Gangsta crew to kill all the Washingtons.

They spare Wes. He has suffered enough and lives to tell their story to the world. His new tell-all Reality, fantasy series: The Bobbit.

In a Trump regime stoking anti-immigration sentiment, isn’t it exciting for TLC to profit on Americans marrying foreigners? Then put the couple on the K1 visa deadline to be married within 90 days of arrival to the USA. All the while questioning the motives of the foreigner – is it genuine love, or are they conniving to become an American citizen? Piece of cake.

And while the show’s ticking clock format is hard enough, especially these xenophobic days, producers’ tight control makes the show even more challenging. There are so many things gloriously wrong with the show… weird-ass cast, staged or even scripted scenes, women forced to misogynistically pose in sexy positions… I could go on.

When the curtain falls, the show has successfully married a high percentage of the couples. That totally blows my mind. For every twenty-five couples, only three get divorced.  That 12% divorce rate crushes the current US divorce rate of 42%. Of course, to maintain the immigrant partner’s green card, the couple needs to stay married for two years.

What Would Iago do?

Iago would recognize the opportunity to ratchet up the drama and tension with 90-Day Fiancée: Indoctrination.  Green cards are far tougher to obtain under the orthodoxy of Cheeto Christ. New immigration requirements could end in love… or tragedy.

Each K-1 visa applicant will no longer sit bored and pensive at their fiancée’s home. The government will house them in barracks on the southern US Border under ICE command for indoctrination.

Authorities will return the contestants to their betrothed after completing a 90-day endurance course to prove how badly they love ‘Merica.  The frightened foreigners will first get sorted into teams.

Any resistance or griping will meet with a televised summary execution by firing squad with global camera crews at both families’ homes capturing every dramatic moment. President Trump will reprise his famous “You’re fired” tagline from his hit Reality TV show, The Apprentice, with the new tagline, “Fire!”

We have invested enough money trying to shape a proper American. Not wasting a dime on flights carting your American’t ass and poor attitude home.

Much like the carnival that is 90-day Fiancée, where the inbred bearded lady humps Bobo the Clown’s arm all day for a green card, Love Island introduces us to a different tribe of miscreants – pretty Millennials.

If you watch it, expect to get hooked on the quippy narration by Matthew Hoffman. The cast members are pretty. When I say these Millennials are hot, I mean they are fit.  Too much make-up, too much ink (for my untatted taste), too much shallow dialogue about nothing, and too much self-absorption. You know, the things that make this generation so fucking special.

Which couples will find love this season? Answer. Who cares? They will all cheat on each other the first time a voluptuous piece of ass walks by them in the real world. Much like their conversations, their intentions are drivel and lip service.

Is there a better way to spend five nights each week? I doubt it.

What would Iago do?

Iago would have a heyday with this reboot. The new show would be called Love Island of Infirmity.

Let’s face it. We love young, attractive people. And we hate old, gross people. Part of the new top-secret Trump healthcare plan for his second term is the creation of the Island of Infirmity.

This uncharted and inescapable island will house all relocated seniors over sixty-five years old. This way, we can free up all the mandatory Medicare and Social Security money for making America an even greater, more perfect union. Think of all the money we can put into Space Force now!

Left to their own devices, these geriatrics will need to vie for resources with no social, medical, or physical support. They’re literally abandoned to live or die, like some slow-motion, real-life version of the Hunger Games.

Introduce some sexy Millennials to the scenario, looking for love in an exotic setting.

What they find instead is some unbathed, starving Granny who has no qualms about cannibalism. Granny has gone full native. She doesn’t have time for bitching about her aching back or what wig to wear to Bingo.  Hell no, this old bird is a killing machine of lean muscle, catlike dexterity, and a four-foot vertical leap.

So many conundrums.  What will the Millennials do without social media to share their every waking thought? How can they learn how to survive when they have literally had everything in their lives given to them? Once the strongest have formed a tribe, how will they endure the never-ending wave of weekly boats arriving full of determined senior citizens?

Tune in nightly for all the answers, and the most horrific conflict in television history.

Alas, while it’s fun to imagine what Iago would do, we must live with what we have.

No research necessary for this piece.  I have watched all these shows.  I will never have that time back in my life. I kinda hate myself for it.

In my defense, Covid quarantining has sucked. With everything closed for months, these ridiculous programs filled the void appropriately. They served as the mental bubblegum to help distract us from how shitty things were in the world.

Add to that the fact that my wife and I could polish down a guilt-free case of wine every few days to enhance the perception of escape and release. Now we are having a challenging time weaning ourselves off the wine and the Reality TV.  Addiction is a powerful thing.

Back to Iago from Othello. Isn’t that the beauty of Reality TV? We all know their creators are toying with us, trapping us in a manufactured quasi-reality. But we come along because life is so blasé.  We crave bread and circuses to keep us tranquil and sedated.  And producers have unlimited poison pabulum to serve.

They are making something we want to see. Where Iago’s deceptions lead to mass destruction, TV producers desire mass consumption. Their ability to inveigle us to then ensnare advertisers and ratings is the master plan. We are their enablers.

So, pour yourself another glass of wine, my little lemmings. Are you not entertained?