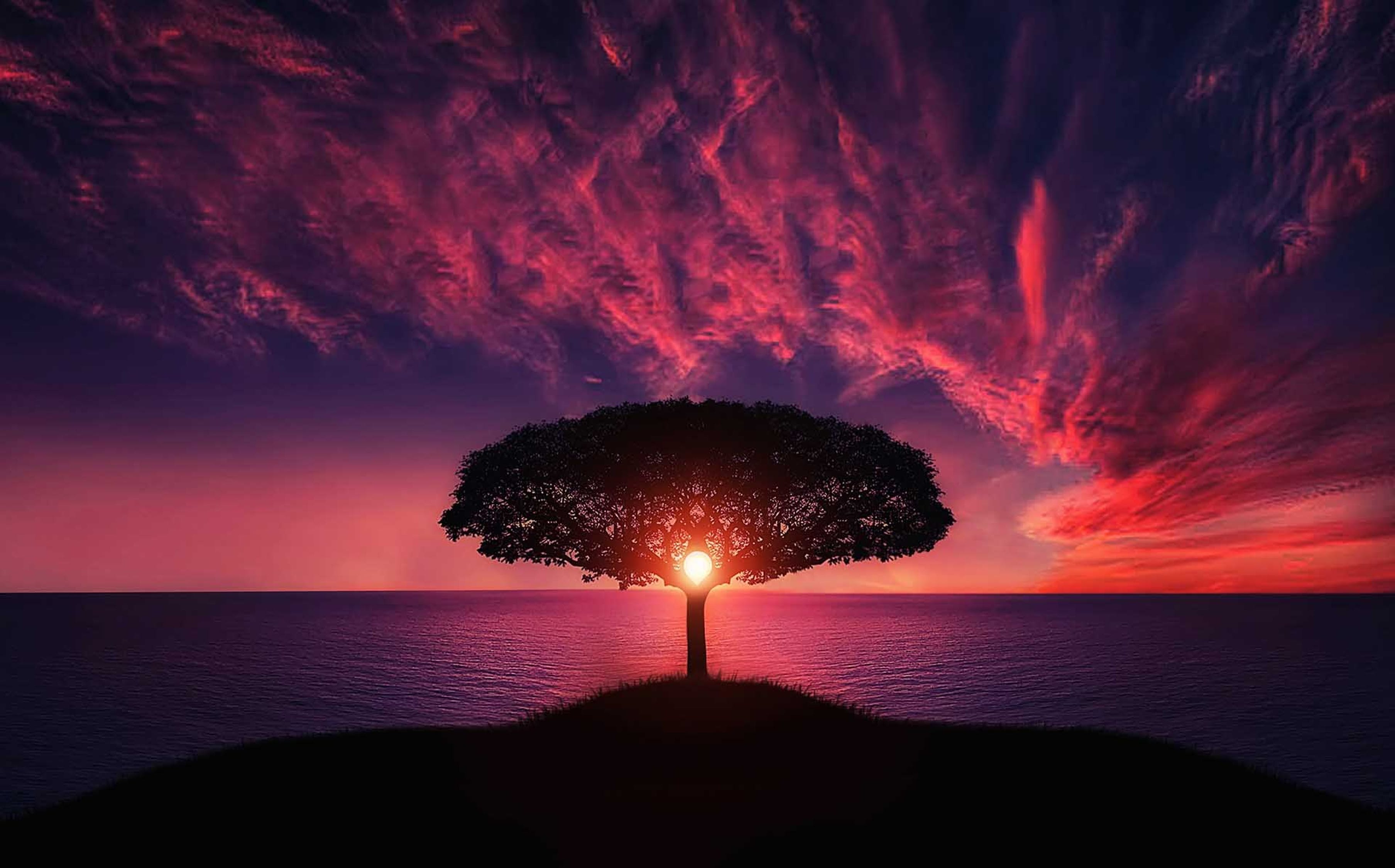 Life is full of amazing coincidences. Isn’t it?

I often wonder… Are coincidences just a series of random events that happen in a vacuum? Or are they part of some fatalistic, grander design? Worse, maybe some perverse metaphysical joke?

My best friend, Bert, drowned my Senior year of high school. My youngest daughter was born on the same day he died, twelve years later. Now THAT is one crazy coincidence. The probability is shockingly unlikely.

Suffice to say, I have always viewed coincidence in the more supernatural sense. Bert was a committed jokester and prankster. I often wonder if his delightfully twisted humor from the Great Beyond has not helped shape some bizarre coincidences in my life.

For your esteemed consideration….

I Want to Ride My Bicycle

Meteorologists claim it was a warm Saturday midmorning in the summer of 2009.  I wouldn’t know.

Trapped in our downstairs half bath, this seventh trip of the day to el baño marked the return of yet another flare of ulcerative colitis. Green apple nasties painted my toilet bowl like some odious Jackson Pollock.

The half bath is cramped. Never intended for repeated, let alone extended visits. A claustrophobic coffin. Caught in the poop loop of this hellish soap opera called As the Rectum Churns.

“Dad, I’m going for a bike ride!” yelled my youngest daughter, slamming the front door. Screw my permission. She was off.

Spastic colon aside, pun fully intended, my daughter was a shitty bike rider. I was physically close to empty, so I can only say I was scared shitless figuratively.

I recalled attempting to teach her to ride her bike a few years earlier.

We trained in her elementary school parking lot on weekends. Vast space. Barren expanse. No teacher working overtime on a Saturday. Ever.

In hindsight, trained may be the wrong word choice. I yelled. She cried. She was so bad. Was I that much of an uncoordinated lout as a seven-year old? No way. Confirmed as she smashed headlong into the side of my car for the twentieth time.

I think my wife took over the training after that day. She possesses this thing called patience. Still don’t know what the hell that word means.  Bottom line, despite all our efforts, at now ten-years old, our baby could barely ride a bike.

Up yours, Nurture. Nature always wins.

So, it was no great surprise to hear my wife’s phone ringing in the other room after Baby had departed only ten minutes prior.

“What?! Oh my god, what? Are you okay?” her queries dulled beneath the baritone gravitas of another stressful, moist air biscuit.

Sounds like trouble, oh we got trouble. Right here in River City. Lyrics from Music Man always invade my innermost thoughts in times of danger. A musical theatre fight instinct.

But I still had business to attend to. Primal business that would not simply stop for curiosity’s sake.

The door to my septic sarcophagus whipped open. My wife stood there. Tears in her eyes. Maternal worry painted all over her face.

As fresh cool air infiltrated, the rotten fetid air escaped. She gagged into her hand several times.  Composing herself, she revealed, “Baby rode her bike into the Pond.”

I need to learn to laugh second and feign concern first. I didn’t.

Perturbed and/or nauseated, likely both, my wife replied, “The neighbor pulled her out of the Pond and let her use his phone to call. And, yes, she is okay. But very upset. Finish up in here so we can go get her.”

She peaked through the crack in the doorway as she resealed my tomb. “And use some air freshener. For the love of god.”

Colitis has a mind of its own. A piss poor attitude to boot. It doesn’t give a crap about your plans or life’s little dramas. When it visits, it owns you.

But parenting beckoned. I needed to put colitis in a chokehold and quiet the whistle belly thumps. It was time to don my Super Dad cape, grab Wonder Mom who was pacing by the front door, and fly in our magic Nissan to the rescue of Moron Baby.

The Pond is one of the many reasons we built our home in our residential community years ago. A small manmade lake, stocked with fish, surrounded by sylvan parks. It’s lovely.

Walking and biking paths circumnavigate it, as do some high-end homes.

This path caused the drowning of Baby’s bicycle. Unclear if Bert felt intervening would ratchet up the dark irony, but Baby apparently was forced to swerve. Around pedestrians, around goose shit, who knows? In her uncoordinated maneuver, she left the path and rocketed down the hill into the Pond.

The owner of one of those homes was Agassi. [names changed to protect me… from physical harm]. Like a glabrous Gaston, having espied Baby’s plunge into the lagoon, he heroically leapt into action and saved Baby from extending her waterlogged shame and humiliation.

Andre Agassi is a bald athletic man of Persian descent. This Agassi was like that, but on steroids.  A giant, more muscular version of Mr. Clean. Maybe it was the lighting, but he seemed to glow with a slight tinge of Dr. Manhattan blue.

Even I got a little wood as we pulled into his driveway.

But my wife gasped.  At first, I thought it was the sight of our waterlogged ginger, her face redder with embarrassment than the color of her bedraggled hair. But as Agassi waved, it dawned on me. She knows him.

My mind lunged to make a connection. We walked by this house on our daily exercise route. Had we said hello before? No, I don’t think so. I had just cleaned the toilets from colitis damage. Was I recognizing him from the label on the bleach? This made me chuckle to myself.

Gobsmacked. “Say what?” I had nothing more.

“Oh my god, I haven’t seen him in twenty-five years. Impossible.”

“What a coincidence!” I exclaimed with titular panache.

As I put the car in park, and Baby and Agassi wheeled her bike down the driveway to greet us, I shit my pants.

You are my bitch. Remember who calls the shots, colitis hissed.

As they neared the car, I froze.  Embarrassment turned my joints to ice.

Anyone who has ever changed an infant can relate to the mystery of how bizarre it is when the spicy brown ass-mustard explodes up their back. The diaper could not contain the velocity. And thus, with me.

Shirt soaked up to mid-back, I looked at my wife. She was clearly lost in the moment’s synchronicity. Rightly so. My mind tried to be in both places at once.

Gathering herself, she said firmly, “Let’s do this.” And she exited the car.

What could I do? Only thought was to not turn my back and show my soiled shame to this studly dude who occupied such a quintessentially meaningful memory for my wife. Her First.

Dagnabbit. What in tarnation were the chances? I shook my head as I left the car, wondering why I was thinking with a frustrated 19th-century gold prospector’s voice.

Then my back-up musical theatre fight instinct took control. As I walked up the driveway, I leaned into it and started snapping my fingers to Cool from West Side Story. I had a rocket in my pocket, and I was keeping it cooly cool, boy.

Agassi and my wife were total pros. Both knew who the other was, but any casual observer would have noticed nothing more. We spent a few minutes shaking hands and exchanging the required appreciative pleasantries. Crazy cool.

All the while, my mind raced. Her First! The original guy who sullied her maidenhood.

I had heard the story.  We had painstakingly shared all our previous sexual exploits with each other before we married. Mostly because I was such a man-whore in my early years. Wanting no surprises on the off chance that some surprise bastard showed up at our front door looking for his daddy.

I felt abashed and inadequate. Definitely recalled he was not only the First but also the Biggest. And his family had money. Big money. And look at him now! Like some affluent, brawny, big dick Adonis.

A new feeling beset me. Anger? No. Resentment? No. Jealousy? Yes.

My daughter cried the entire ride home. My empathy was at an all-time low.

I felt dirty. My back was now dry and tacky with ordure. But more brain dirty because I was so angry. It’s one thing to know a story and compartmentalize your feelings. It’s another to meet that story in the flesh and understand it is also your neighbor.

What was there to feel jealous about? I suck with feelings, so not sure I know.  But that is how I felt.

Now the proverbial finger in the eye was that, suddenly, I saw Agassi and his scrawny, Shelley Duvall-looking wife everywhere. I kid you not. Everywhere. Hereafter we shall know her as Olive. Yes, for Olive Oyl. Shut your piehole. I’m petty. Sue me.

I knew the only cure for my jealousy was to exact some sort of revenge. Marital vows aside, I couldn’t schtup Olive with a homeless schelp’s schvantz. Doesn’t the Shelley Duvall reference say it all? Uncomely.

Extending the metaphor, I fantasized about a John Bobbitt moment with Agassi in the men’s room of the gym. Claiming my titan trophy whilst hidden in a steamy sauna.

And then coincidence served up the dish for me.

As we passed their house on our daily walk, Olive was heading into their open garage. Thinking the shadows obscured her from view, she took off her tank top and used it to wipe her exposed, bare breasts.

She looked up in time to see me staring. Apparently nonplussed, she sustained eye contact and made a “how you doin’?” head gesture toward me.

She did not cover up.

And that’s all it took to end my bout of jealousy.  A set of meh boobies. But, like pizza, to any blue-blooded guy, even a pair of mediocre boobs are still better than nothing.

Plus, every drummer knows that come-hither look she gave me. I’m game if you are. Name any gig you have ever played, and there are always one or two girls with those bedroom eyes in the crowd. And while I never would act on it, it was enough of a minor ego boost to pull me out of my moody, bitchy little ditch.

None of my feelings were rational anyway. They began in a very fragile, insecure state induced by the ulcerative colitis attack. I felt bad about me, and the jealousy was a manifestation of those emotions.

But these coincidences! Seriously. What are the chances!?

Good job, Bert. You got me. Cheers, brother. Rest in peace.

11 comments on “What a Coincidence!”