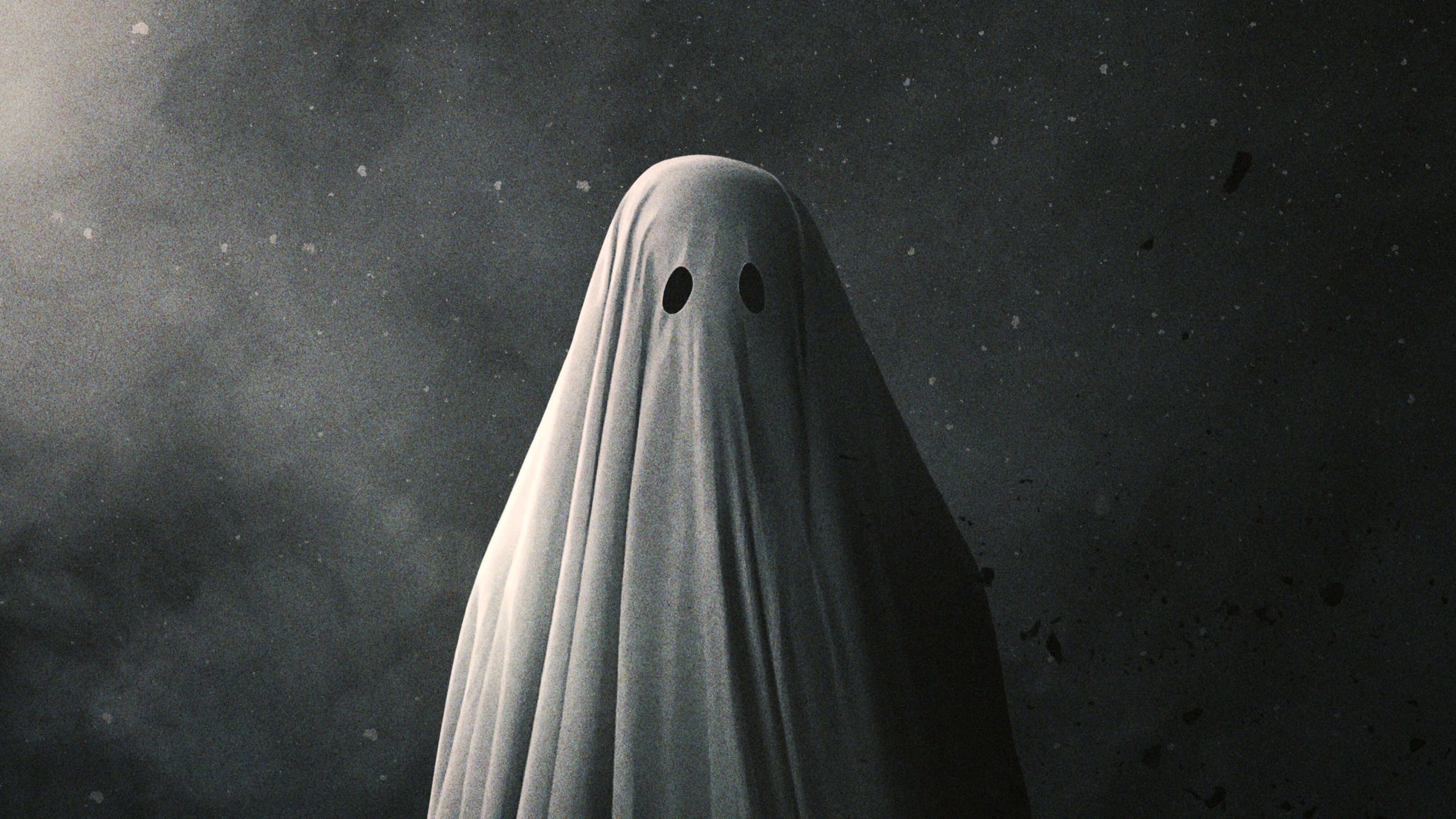 “The house smelled musty and damp, and a little sweet, as if it were haunted by the ghosts of long-dead cookies.” – Neil Gaiman, American Gods

Oh, Neil Gaiman. My heart. Invisible Internet friends, if you like fantasy and horror as genres, and you have not read his work, shame on you.

Gaiman is like Stephen King, but different. Better. Far more literate and intelligent. You get all the chills but maintain, if not grow, some brain cells when you read his books.

If you love language, as I do, read that sample quote. Gorgeous. The imagery from his simile makes me drool wanting to taste that stanky-ass ghost cookie.

Happy Halloween and Samhain to all! In celebration of these holidays, Christian or pagan, our topic this week is ghosts. Specifically recounting some supernatural events that occurred in my life.

I do not seek to convert anyone into believing in ghosts. And you are well within your rights to call bullshit on any of these vignettes I claim as real.

Because I lie all the time.  Aren’t all writers simply practitioners of deception? After all, stories are all just a bunch of navacancha.

My grandmother had an Irish phrase for life’s BS… navacancha.

Instead of cussing, she was known for saying, “That’s a bunch of navacancha.” Turns out, that is a completely made up word, and a delicious example of irony when a word for “complete BS” was complete BS.

And so it is with ghosts.  I think most folks either believe or do not. Atheists are probably the biggest skeptics since they do not believe in anything after this life. One and done.

Best I can tell, for those somewhere on the spectral belief spectrum, there are four theories about what a ghost might be.

Whatever they are, ghosts are scary. An encounter with a ghost can change you forever. I will now share with you some personal preternatural stories that still haunt my nightmares to this day.

You decide if they are vivid imagination, soul remnants, malevolent demons, or traveling wankers.

We moved a lot when I was young.

As an adult, I know my dad wanted more space for our growing family. As his career advanced, and we had more money, he moved us to bigger homes. Closer to family.

I know we once thought he was a master criminal, on the run from the Federales. We also thought we were gypsies, living a life of unrestrained freedom with our dog named Boo.

Personally, I believed it was my punishment for making out with Becky under the giant pine tree near the bus stop when we were in first grade. I was such a stud.

By the time I was eight years old, we were in our fourth (and final) house.  Oddly, all within a twenty-mile radius of each other. Thus, our little hypotheses.

Right away, the house creeped us out.

Anyone who is Catholic, particularly of Irish or Italian descent, had a Jesus room in their house. For us, that was our formal living room off the foyer on your left when you walked in the front door.

For those not in the know, a Jesus room is a creepy-ass room with formal furniture, lace curtains, an open bible on a table resembling an altar, and pictures of Jesus judging you from every wall.

Hey, Jesus is Just Alright with me. But the effect of this room was like being watched by god. Constantly. The sole purpose of mentioning it for the story is setup for future tales from my life involving this scary room.

But the true omen of things to come was the bloodstain on the second-floor ceiling at the top of the stairs.

We all noticed it the moment we set foot in the house. My dad seemed surprised. He searched the attic and found no animal carcasses or satanic sacrifices. But kids know.

Someone had been murdered in this house.

After the initial shock of the blood-stained ceiling, time passed normally for a few years.

While my parents became more deeply involved with our Church, we evolved as kids. You know, normal kid stuff. Wounded bird dissection. Kitten basketball. Run for Your Life. Death in the Dark.

Death in the Dark matters most because it took place in our unfinished basement. A windowless, dank, dark, horrific place. My four-year-old brother (aka the Booger Baby) hunted us in the pitch dark with a piece of plastic Mattel® racetrack. When found, he would whip us and laugh sadistically at our cries of agony.

Imagine our surprise when the first paranormal event occurred one dark, windy night… in the basement closet. Had our violence activated something evil?

I awoke at 3:33am to a strange noise that sounded like CHUGGA-CHUGGA-CHUGGA.  It echoed through the house. I opened my bedroom door at the same time my dad opened their bedroom door.  Hot damn. He had a shotgun in his hand. Shit was going to get real.

We both stood at the top of the stairs on the second floor, below where the bloodstain had once resided. The sound was getting louder as we tiptoed down the stairs. CHUGGA-CHUGGA-CHUGGA.

Reaching the foyer, we realized the sound was coming from the basement. Like a fucking badass Navy Seal team. My dad nodded at me. We manned up and headed to the basement door. Ready for anything.

He dragged the creaky cellar door open. CHUGGA-CHUGGA-CHUGGA. So loud. He turned the basement light on, and it flickered ominously. I think I had an erection. We were going to kill an intruder tonight.

We glided like assassins down the basement stairs and alit on the concrete floor. No one was there, but the noise was bombastic. Disorienting. CHUGGA-CHUGGA-CHUGGA. Coming from the toy closet.

We floated like ninjas across the floor. My dad leveled his shotgun, and I flung the closet door open. Darkness and the source of the loud hammering sound.  My sister’s Holly Hobbie sewing machine!

“The fuck?” my dad cussed. He picked up the active sewing machine, shook it, and it kept chugging in his hands. The lights flickered again. He opened the battery compartment… NO BATTERIES! CHUGGA-CHUGGA-CHUGGA.

In one adroit motion, he smashed the sewing machine on the floor and bashed it to pieces with the butt of his shotgun until it stopped running.

Or so I was told. My ninja-warrior-seal ass was halfway up the stairs en route to my bedroom, my blanket, and my bed.  If this island of protection could keep me safe when the floor turned to lava, it could keep me safe from possessed sewing machines.

The Law of Partial Pressures?

These weren’t the rapey kind, so we mostly ignored them. Fighting ghosts and demons was grown-up work. We had a project that summer: the 1980 Roadkill Calendar.

My friend Fat Eddie “borrowed” his dad’s prized 35mm Pentax LX camera. This would later lead to a serious ass-whooping by his dad, Lard Ass Leo. LL worked for our Village Department of Public Works and was generally angry or drunk. Worse when both.

The only thing Leo ever truly loved was that camera. And their ill-tempered, morbidly obese beagle, Lady. And Molson Golden lager ale, the then-Canadian version of champagne du Canuck.

But the Pentax LX captured pristine pictures, which was essential for our calendar. For weeks, we would ride our bikes for hundreds of miles throughout the boonies in search of roadkill.

Jesus, PS. Gross! Why does any of that matter?  Shut up. It does.

Summer 1980 was winding to an end. The August doldrums that preceded the impending return to school burned within us as the humid, hot summer burned our pasty skin outside.

One sweltering Saturday, Fat Eddie and I were reviewing our stack of calendar photos from the camera, fresh from the Fotomat. My family room was the only air-conditioned room on the first floor. Eddie liked the cool air. He said it prevented the buildup of excess tit dirt.

But the air was freezing. No way that old window air conditioning unit worked that well. Swear to this day, I could see my breath. Now all I think of is the scene from Sixth Sense, “I see dead people.”

We both looked up from our work.  The glass door into the garage was making a weird creaking, vibrating sound on its own. Through a mouthful of Cheese Puffs, Eddie said, “I think your door is open.”

As I stood to close the door, a loud rumbling occurred for a few seconds. The glass in the garage door bowed outward as though responding to some unseen pressure.

As the rumbling sustained its low timbre, my ears popped. Like when you shake your head free of clogged liquid after emerging from your weekly baptisms.

Similar effect followed by a WHOOSH that seemed to pull all the air toward the door.

The glass violently exploded into the garage. Not a shard remained seated in the sill. It had all burst into the garage.  No large pieces whatsoever.  Only tiny, crystalline fragments scattered everywhere.

After checking on our safety, my mom yelled out the window for my dad to call the priests back.

We heard one more brief cracking sound.  The lens of the Pentax LX, sitting on the couch next to Fat Eddie, had fractured similarly. Utterly destroyed. We both sucked in our breath in horror as the summer heat repatriated the room.

Well, I did. Fat Eddie sucked on his inhaler.  A solitary tear rolling down his cheek.

Sorting It All Out

Whatever caused the strange, ghostly experiences at my house eventually subsided.

Maybe the priests eventually scared off some demonic force. Perhaps some restless spirit moved on to another house or another plane of existence. Mayhaps some distortion in the space-time continuum corrected itself, and our interdimensional seamstress astrally projected elsewhere.

Or maybe it was all readily explainable with Science. Who knows?

It’s funny, upon reflection.  These events terrified us as kids.

But the fact that my grandmother would converse with the ghost of my deceased grandfather in her third-floor attic never struck me as odd. It was sweet. Plus, she might have been crazy.

Nor Aunt Hattie’s rocking chair that spontaneously rocked without a mortal soul sitting in it. Harmless spirit relaxing after a hard day’s haunting. No biggie.

Hell, my oldest daughter and I think we saw a ghost right before Covid hit. We were talking at a coffee shop and a person was staring at us, unmoving from the top floor of a house across the street. As we stared back, the image disappeared without a trace. Meh, old house. Why not?

For me, the jury is hung.

My logical brain knows there is no such thing as ghosts… or aliens. Don’t even get me going about the night in college where I took too much psilocybin and saw a squadron of UFOs flying in formation over Lake Ontario.

I am not religious. Not a firm believer in most things mystical except maybe exorcism and reincarnation or Samhain fae. Otherwise, total science-head.

There is a reason none of these Ghost Hunter shows ever capture a ghost.  Tons of circumstantial evidence. No ghost pics. Yet I watch every episode, secretly hoping.

My gut says the power of stories and emotion can trigger our brain to believe things that never really happened. But I am open to being wrong. Kinda.

Love to hear some of your ghost stories when you comment.